Stay clear in your own interest, Abia CP warns 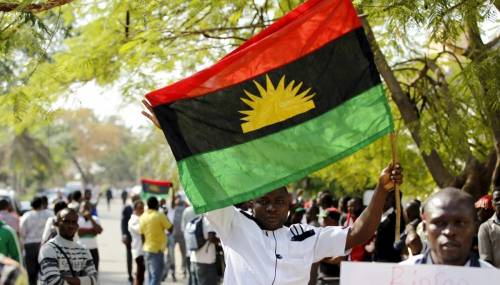 Indigenous People of Biafra (IPOB)  has said its members would  participate actively in the burial of parents of its leader, Nnamdi Kanu, Eze and Ugoeze Isaac Okwu Kanu.

The group added that no amount of police threat or jingoistic display would stop them.

Abia  Commissioner of Police, Ene Okon has, however, warned members of the pro-Biafra group not to come anywhere close to Umuahia or any part of the state on February 14, when Eze and Ugoeze Isaac Okwu Kanu would be buried in their own interest.

Media  and Publicity Secretary of IPOB, Emma Powerful in interview  said although arrangements for the burial was the responsibility of Afaraukwu Community since the father was their traditional ruler, IPOB would participate in the burial actively.

Powerful said this was more so because when their leader’s parents were alive, they gave their all in support of what IPOB and its leadership believe in and paid the supreme price.

“It is a known fact that when the parents of our leader were alive, they gave IPOB 100 percent support and in fact, they were at the forefront for the struggle for Biafra.

“Don’t forget that it was as a result of this struggle that they died when their home in Afaraukwu was invaded by the military and they died due to the shock of the military action and all we, the global family of IPOB will do on February 14 is to give them befitting burial.”

When reminded of police insistence  that IPOB members should not participate in the burial, Powerful said:  “Police can say whatever they like after all they are working for their paymasters, but we are coming for the burial of the parents of our leader and we will remain peaceful.”

Powerful warned trouble makers to stay away from the burial as the Biafra group members would conduct themselves in the most peaceful manner before, during and after the burial.

$1 Billion and 30 years, that’s how much and how long it will take to cleanup Ogoni land

Kemi Olunloyo Drops Another Bombshell, Calls For A DNA Test From Davido Over Child He Denied