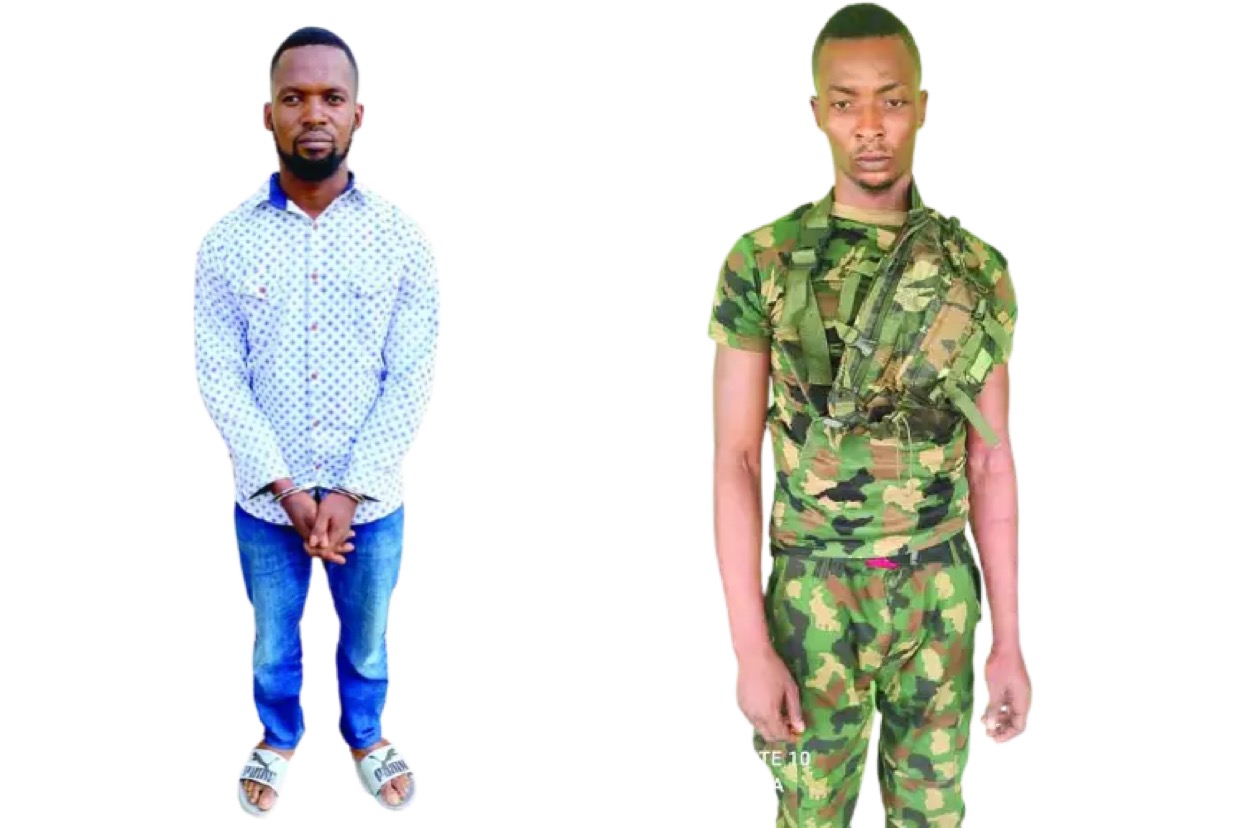 Linus Owalo, Godswill Steven, and Chinasa Orji, three soldier who were dismissed from the Nigerian Army for deserting, have said they trained over 4,000 Eastern Security Network members after the Indigenous People of Biafra made them mouth-watering, including overseas training.

According to them, IPOB leader, Nnamdi Kanu, promised them that “when” the State of Biafra was achieved, they would become military generals in the new country.

However, the suspects said they discovered that all the promises were lies. According to Owalo: “I trained over 4,000 ESN members. This was in October 2020.

I also met some other dismissed soldiers of the Nigerian Army at the ESN camp. Three months into the training, I was redeployed to the ESN camp in Delta State. All this while, they didn’t allow me to speak to Nnamdi Kanu. I was just talking to his boys. I was used and brainwashed by IPOB.”

On Steven’s part, he said: “I was paid N100,000, which was twice the salary I was earning at the Nigerian Army. I travelled to Abia State, where Orji and I took oaths to be loyal to Nnamdi Kanu. We trained ESN in combat and special forces manoeuvring. I left the camp, when it became clear that the promise they made to take us abroad for training wasn’t realistic.”