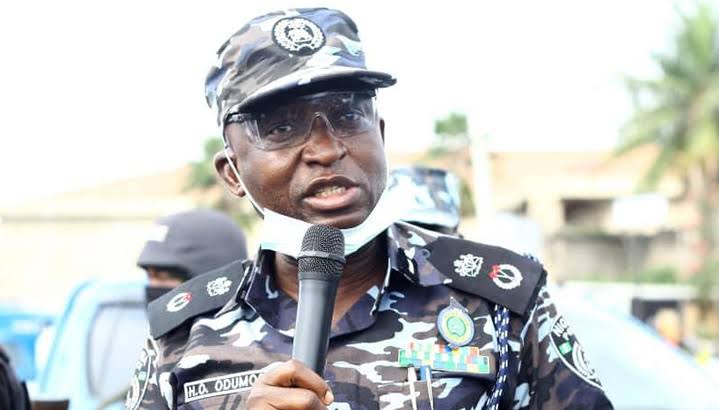 Mr Hakeem Odumosu, the Commissioner of Police in Lagos State, on Monday, alleged that the Indigenous Peoples of Biafra planned to attack the state.

He stated that the threat was being investigated, adding that security agencies would curb the plan.

Odumosu spoke at a security summit convened by the Lagos State Government in Lagos on Monday.

He said, “The command has taken notice of agitators for Oodua Republic by some Yoruba separatist groups and the threats to disrupt law and order in the state.
Twenty-four of these groups have been identified and are being closely monitored.

“Similarly, the threat of IPOB to attack soft targets in Lagos is equally being put on the radar of the command intelligence gathering and other security services in the state.

“Strategies are being put in place to neutralise their activities. The command is using this medium to solicit the support of all and sundry to be vigilant at all times and report any suspicious person or movement to security agencies. Let us adopt the slogan of ‘when you see something, say something.’”

In response to the allegation, the leadership of the IPOB Nnamdi Kanu, stated this in a statement through its Director of Media and Publicity , Emma Powerful as baseless, false and tribal, adding it was being planned to cause division between two friendly and loving ‘nations’ (Igbo and Yoruba).

The group said, “The public is hereby notified that the allegations that IPOB is plotting to attack Lagos is a lie.

“The Lagos State Commissioner of Police, Hakeem Odumosu, who made the allegation is a former Chief Security Officer to Bola Tinubu and their intention is to fuel division between the Yoruba and Biafrans; but, it won’t work. This is not 1967.”

JUST IN: Maximum Security In Asaba As Southern Governors Meet