As part of his Administration’s commitment to opening the State to socioeconomic and infrastructure development, the Governor of Osun, Adegboyega Oyetola, on Thursday inaugurated the newly-reconstructed Ada-Igbajo road after 33 years of neglect.

He described the gesture as a fulfilment of yet another promise made saying “it is another proof of our commitment to our avowed resolve to unleash road construction on the State for its socioeconomic transformation.”

The reconstruction of the road was part of the government’s resolve to stimulate the socioeconomic activities and open up the benefiting communities to rapid transformation in line with the Development Agenda of the State Government.

With the inauguration of the new road, the time of travel from Osogbo, the Osun State capital has been reduced by 45 minutes. Before the reconstruction, time of travel is 60 minutes.

This is even as the residents of the benefitting communities lauded the government for fixing the road, saying the gesture has rekindled their hope and further endeared them to his Administration.

Governor Oyetola had in September 1, 2020 flagged off the reconstruction of the road that had been in a deplorable state and neglected for about 33 years.

The road, which was first constructed under the defunct Western Region by the then Premier, the late Chief Obafemi Awolowo in the mid-50s, and reconstructed in 1987-1988 by the military government of old Oyo State, had hitherto become a death trap for motorists and residents of the axis, particularly peasant farmers whose means of livelihood depended on the state of the road.

The timely reconstruction and prompt delivery of the road are a deserved relief to the people of Igbajo and Ada who have waited with baited breath and dashed hopes over the ‘sorry state’ of the road since it was last reconstructed in 1988.

Speaking at the inauguration ceremony, Governor Oyetola said the choice of the road for reconstruction was in view of its importance as it is central to the tourism and hospitality potential of the State in view of its stretches to Igbajo, the home of the Great Kiriji war site, and the ultra-modern Miccom Golf Hotels and Resort, Ada.

He said the timely reconstruction and delivery of the road in line with approved specifications were an attestation to his promise to live by his word and never to compromise quality under any guise.

“I thank the contractors for adhering to the letters and the spirit of this contract and for a job well done.

“As I mentioned during the flag-off of this road last year, every abandoned project diminishes our people and compromises the desired economic development and transformation of our State.

“As you are all aware, in addition to undertaking massive road construction and rehabilitation, we have, as a government, embarked on the completion of all the uncompleted roads by our predecessor, including Federal Roads.

“Engagement in meaningful infrastructure and economic endeavours to achieve the economic transformation and equitable development of our major towns and villages is our irrevocable resolve as an Administration.

“We shall continue to embark on these initiatives in line with our Development Agenda, the challenges of resources and the Coronavirus pandemic, notwithstanding.

“Peace and your continued cooperation as a people are essential currencies for achieving more development. I therefore urge you all to continue to live together in peace and to support our policies and programmes so that we can, together, achieve our desired peace and development,” he added.

Earlier in his welcome address, the Commissioner for Works and Transport, Engr. Remi Omowaye, had lauded Governor Oyetola for changing the narrative through the provision of massive infrastructure developments across the nooks and crannies of the State.

Omowaye who described Oyetola as a man of his word, said it was worthy of note that a road like Ada-Igbajo was approved at a time it became highly impassable for the road users, particularly the farmers whose means of livelihood depend on it.

He expressed confidence in the quality of the work done by the contractor saying “with what we have done, the quality and durability are assured.”

Speaking, the Asiwaju of Igbajoland, Chief Adegboyega Solomon Awomolo, SAN, lauded the Administration of Governor Oyetola for taking his word as his bond.

Awomolo who was represented by Engr. Sola Alalade, said the reconstruction of the road came at a time it was practically impossible for the people to ply the road to engage in their farming and socioeconomic activities.

“I thank Mr. Governor for keeping to your word on the reconstruction/rehabilitation of Igbajo-Ada road, thereby extending to the Igbajo people, the dividends of democracy to the admiration of all and sundry.

“We remember very well that, when you visited Igbajo to celebrate the 32nd Igbajo Day with us in 2019, you promised that the road would be reconstructed. Today, the road is now being inaugurated. For this and the many opportunities given to our sons and daughters to serve in various arms of your government, we are very grateful,” Awomolo added.

The contractor of the project and the Managing Director, Peculiar Ultimate Concern, Engr. Adeleke Olanrewaju, assured the people of the quality of the job done, saying safety measures had been put in place to guarantee its durability.

Olanrewaju appealed to the people to ensure proper maintenance of the road. 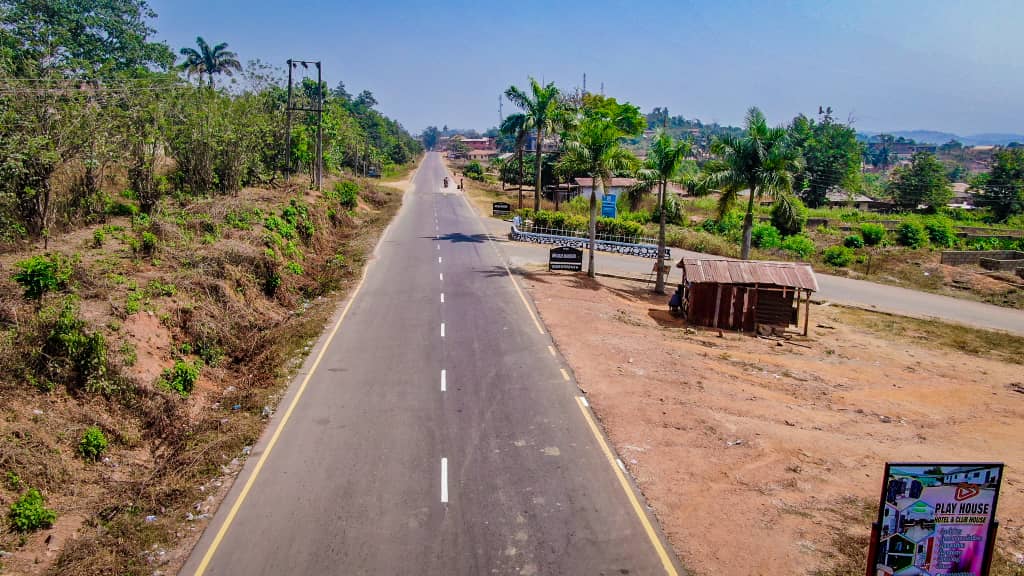 APC Asks Buhari To Declare State Of Emergency In Edo