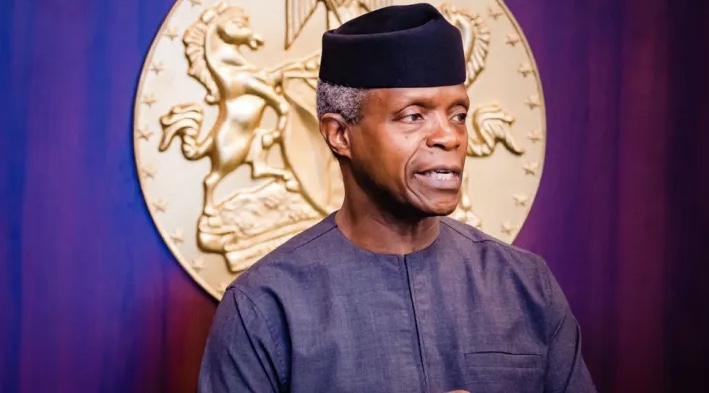 Vice President Yemi Osinbajo has pledged that the federal government will beef up the security of the country’s jails, promising that the escaped Imo inmates will be “discovered” and prosecuted.

Many believe this is a standard government response since many of the escaped inmates from previous jailbreaks, especially the Benin incident, have not been apprehended.

The government has also managed to endanger millions of lives by failing to release public danger warnings and mugshots of escaping prisoners.

Mr. Osinbajo gave the assurance to journalists on Tuesday after inspecting the Owerri Custodial Centre in Imo to assess the extent of damage caused by hoodlums who assaulted the facility on Monday.

The vice president said the country’s security infrastructure will be rejigged after the attacks on the prison and police headquarters in Owerri.

He also vowed that those responsible for the attacks would be arrested and punished to the full extent of the law.

He said that the attacks were directed at Nigerians and the government, and that they would not be tolerated.

“Perpetrators of this crime would undoubtedly be prosecuted. They must not be allowed to go free. They are cowards who will be exposed and punished accordingly.

He said, “We will be rejigging the country’s security architecture and improving security at correctional centers around the country.”

Mr. Osinbajo, on the other hand, urged security agencies not to give up the war against banditry, despite the difficulties.

In an overnight action, unidentified attackers set fire to a correctional facility and the police investigations department in Owerri on Monday.

The attackers attacked the prison and police department shortly after midnight, according to multimedia and witness accounts on social media, freeing nearly 2,000 inmates.

There was also a lot of gunfire in the area, and there were rumors that hundreds of inmates had fled.

Due to the prison’s proximity to the Government House, security operatives allegedly ordered senior government officials to shelter in place.

Those Behind South-East Attacks Revealed By MASSOB