Timaya, the sensational musician, has resorted to Instagram to reveal some of the hardships he has faced.

According to Newsdirect, the father of three turned to Instagram a few months ago to reveal how much weight he had shed, prompting a slew of unanswered concerns from his followers.

Papichulo, as he is affectionately known, stated that he has shed 20kg in a recent photo.

Been through a lot and back. I’m not a man dat spill shit out, but GOD is good. STOOPID 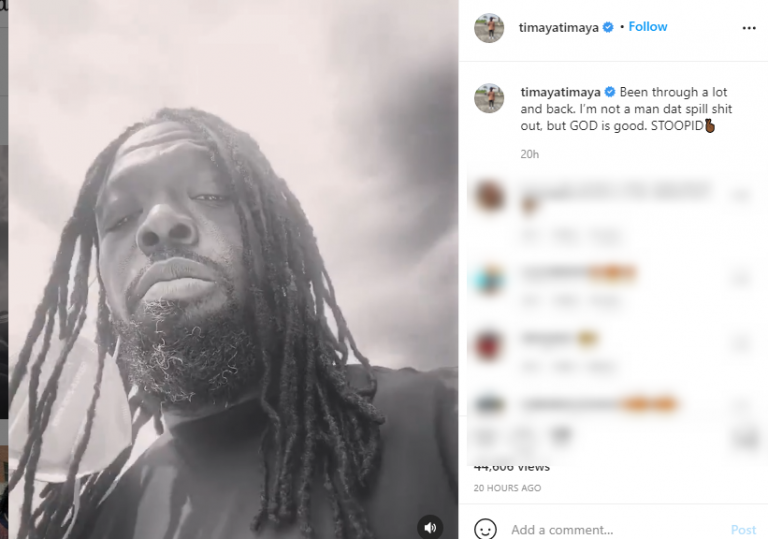