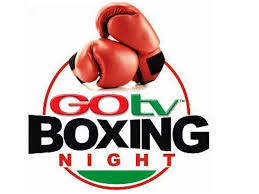 Boxing administrators, coaches, referees and judges as well as young boxers in Ilorin, capital of Kwara State, are brimming with excitement as the first edition of GOtv Boxing NextGen Search to hold outside the Southwest geo-political zone approaches.

The two-day programme, aimed at discovering young amateur boxers ready to turn professional, begins tomorrow at the Indoor Sports Hall of the Kwara State Stadium Complex, Ilorin. Expected to participate are boxers aged between 18 and 25, who will engage in sparring sessions supervised by some of the country’s best boxing coaches.

Barrister Ahmed Musa, Chairman, Kwara State Amateur Boxing Association, said boxers in the state and neighbouring states are excited that the programme will be held in Ilorin and his association has had to photocopy forms after those sent by the organisers, Flykite Productions, got exhausted.

Musa stated that GOtv Boxing NextGen Search will help revive boxing in Nigeria and re-establish the prominence of the sport in Kwara State, which has produced top boxers for the country.

Similar sentiments were expressed by Mr. Afolabi Olatoke, former Kwara State Chief Boxing Coach and current Vice Chairman, Kwara State Boxing Referees and Judges Association. According to him, young boxers in the state had waited for the kind of opportunity offered by GOtv Boxing NextGen Search and are thrilled that it has finally come to them. He stated that members of many boxing clubs have registered and are waiting for the programme to kick off.

Boxers selected during the programme will have their professional boxing licences and pre-licensing medical examinations paid for by the sponsors. The first two editions of the programme held in Lagos, while the last two held in Ibadan and Abeokuta respectively.