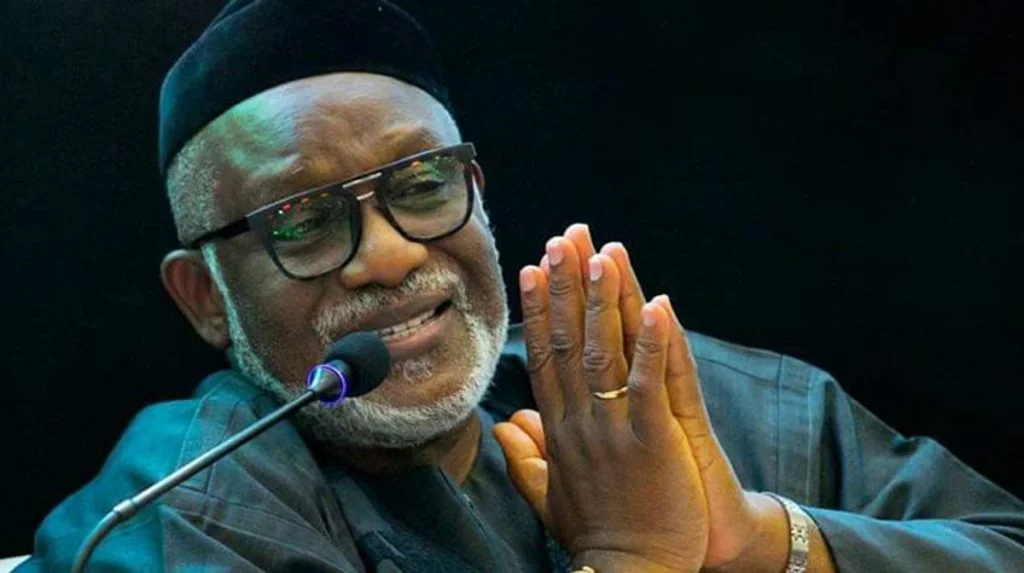 The Governor of Ondo State, Rotimi Akeredolu, has admitted he made a wrong choice in his Deputy, Agboola Ajayi, who has now defected to the Peoples democratic party. (PDP).

Akeredolu stated this while meeting party delegates in Igbekebo in Ese-Odo council area, ahead of the primaries on Monday.

According to him, “Despite the criticism and attack from various quarters that Ajayi is my cousin, l felt that l had made a choice but a wrong choice.”

The Governor said he was happy that Ajayi showed his true colours, describing his exit from APC as a cleansing.

Akeredolu urged the people of the local government not to bother about Ajayi, urging the delegates to vote for him.

Earlier this month, DAILY POST reported that Ajayi urged Akeredolu to hand over to him, after he tested positive for COVID-19.

Shortly after his resignation from APC, Ajayi made it clear he would not resign from office.

Who is afraid of Prof Yemi Osinbajo?