Brighto, a TV reality star, has sent out a controversial tweet explaining why he disregarded BBNaija’s Dorathy the next morning after receiving a ‘head’ from her the night before.

NEWS DIRECT earlier reported that Dorathy acknowledged giving her fellow ex-housemate Brighto a bl0wj0b during their time in the house.

He wrote: “She gave me a blow job, and the next morning I had a swollen D*ck, I gaz japa.” 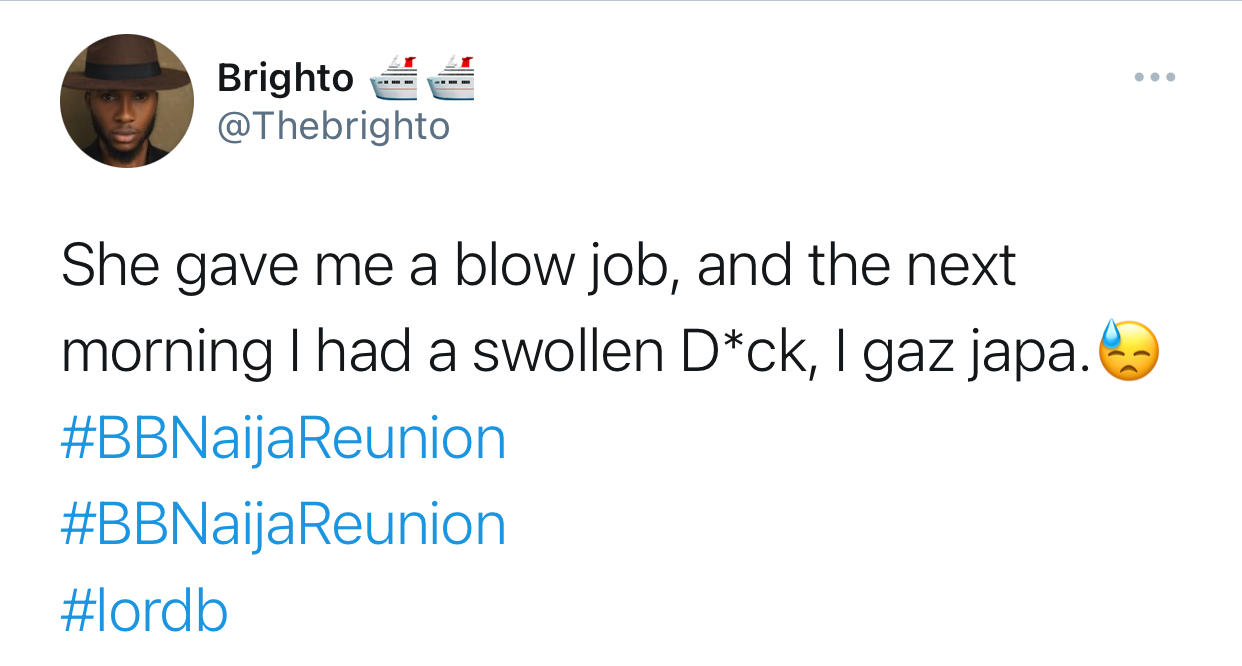