Controversial Bobrisky, a Nigerian crossdresser, has turned to social media to chastise non-fans who have been harassing him.

In a recent Instagram post, the internet superstar responded to his detractors by saying that at this point in his life, he doesn’t care what others think of him.

Apart from mocking him, Bobrisky also revealed that some people go so far as to target his admirers who post favorable remarks about him on social media. 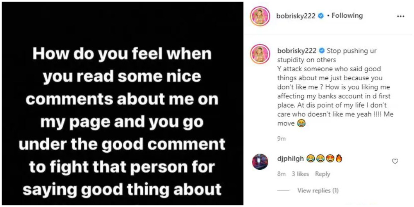