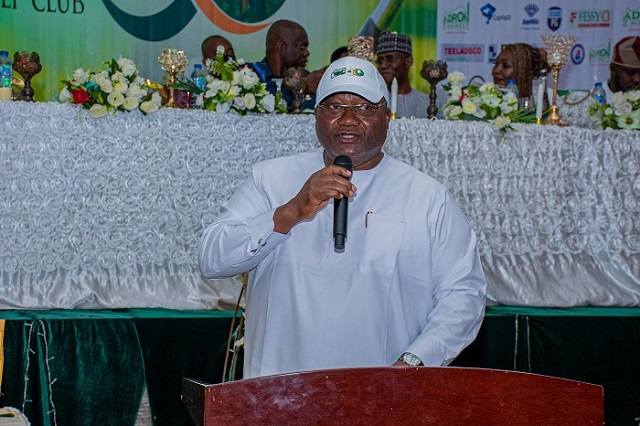 Ola Ibironke, popularly known as Dudu Heritage, died at the elitist Ibadan Golf Club around 7 p.m. on Sunday evening while in the company of friends.

Prior to his death, Dudu, the Club’s reigning captain, was also the husband of famed Nollywood actress Bimbo Oshin.

PMParrot was told by a close friend of the deceased that he was in good health before he collapsed.

Said the friend “Dudu started complaining about his rising blood pressure since last week. Because of that, he stopped consuming alcohol.”

The friend continued “We went to Lagos on Saturday to attend an event. We came back on Sunday morning and we played golf all day only for him to slump around 7pm. We took him to a hospital in Bodija where he was confirmed dead. We later went to fetch his wife, Bimbo.”

Ola Ibironke died when he was planning ahead to elaborately celebrate his 60th birthday.

BBNaija S6: I Feel Like A Widow — Saskay Reacts To JayPaul’s Eviction