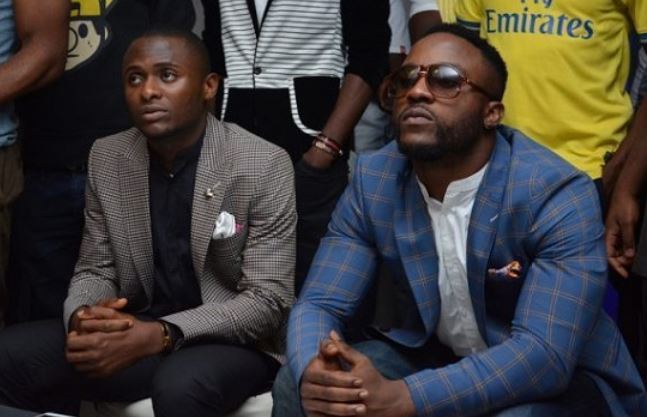 Iyanya Mbuk, a Nigerian entertainer, says Ubi Franklin, his former business partner and CEO of Made Man Music Group (MMMG), forged his signature in a settlement document when he left the record label.

In an interview with Nnadi TV, the ‘Kukere’ singer said it was upon his exit that he discovered that his name was not on any of the forms for establishing the company.

“I really don’t like to talk about all this stuff but I also feel like sometimes you have to clear the air and it’s a good thing that you’re asking this. When I say there was darkness, I was not myself anymore because I felt like there was no trust anymore,” he told Bolanle Olukanni, the host.

“At the time I thought I co-owned Made Men with Ubi but I later realized that my name was not on any of the forms… That was the beginning of me just saying to hell with everything.”

Responding to the claim, Franklin took to his Instagram page showing pictures of a settlement agreement document with Iyanya.

The documents included Iyanya’s signature, while indicating a sum of N200,000 paid to the musician.

Iyanya, who came into fame after winning the first season of MTN Project Fame, denied knowledge of the documents in an interview with Daddy Freeze, an on-air-personality with Cool FM.

He insisted he only found out years later that he was not included as a co-director of the record label, though he had signed an incorporation form, which was not submitted by Franklin.

“He posted a settlement agreement that we had in 2016. If you want to prove your innocence, why don’t you post the incorporation certificate of the company when you first registered in 2012… Ok everybody ask yourself this question before you have to settle an agreement, what happened? We don’t just wake up and say, let us settle an agreement,” he said.

“He had already brought a CAC form to me before when I signed that paper, he left my room. And a couple of years later, I keep going around telling people I co-owned this thing. I took a flight to Abuja and I didn’t tell anybody, and I requested for it (CAC form). Bro, the day I got that form from them guys from CAC, it changed my whole life.

“I found the same form I filled but my name was not there as a director. It was Ubi’s brother name that was there. I took a picture I did everything, I confronted him, this guy begged me, he apologized to me…The same person is coming out now to put whatever he is posting, to lie again… that’s why it is shocking.”

Iyanya said he is set to debut a record label, ‘Violet 360’, with Alexander Okunsaya for his new single titled, ‘No Drama’.