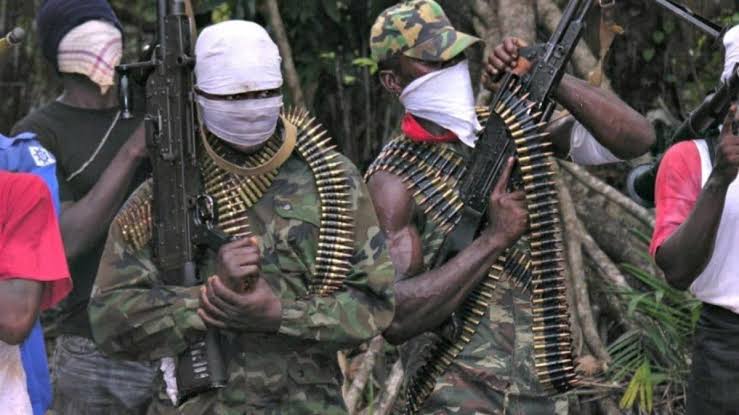 Two mobile police officers were shot and killed by gunmen while on duty at a checkpoint in Dogongawa, along the Katsina-Ala-Takum road in Taraba State’s Takum Local Government Area, on Monday night.

On the same night, two soldiers from the joint military operation were reported missing in an ambush by alleged bandits in the Bonta community of Benue state’s Konshisha Local Government Area.

Shiban Tikari, chairman of Taraba State’s Takum Local Government Area, confirmed the deaths of the two mobile police officers, saying, “The gunmen came on motorcycles, through the back of the Central Primary School, Dogongawa.”

“They opened fire on the two cops, killing them and stealing their weapons.”

DSP David Misal, the state police command’s spokesman, had yet to confirm the story as of press time.

In an ambush by Benue robbers, two soldiers were killed and others were wounded.

According to him, the incident occurred at a crossroads between the Konshisha and Oju local government areas.

Two soldiers from the joint military operation are presumed to have gone missing after being ambushed by suspected bandits in Bonta village, Konshisha Local Government Area, Benue State.

The assault also resulted in injuries to some of the troops.

The missing soldiers were part of a team on routine patrol in Konshisha and neighboring Oju LGAs when they were ambushed by the bandits known as Bonta boys, according to Vanguard.

“The Bonta boys assaulted the soldiers because they entered the community and destroyed the illegal roadblocks they mounted inside the community,” the source said on condition of anonymity.

“As a result, when they saw the troops patrolling the area on Monday around 5 p.m., they opened fire on them.

“The patrol team engaged the bandits in a gunfight and quickly called for reinforcements, but the attackers fled before they arrived, injuring both sides.

“The OPWS troops, who spent the night in the village, are currently on the lookout for the bandits and are searching the entire community for the missing soldiers and bandits.

“We suspect the attack was carried out to scare the state’s soldiers, who are doing an outstanding job.”

Major-General Adeyemi Yekini, the OPWS Force Chief, could not be contacted by phone, and text messages sent to his phone were not returned.