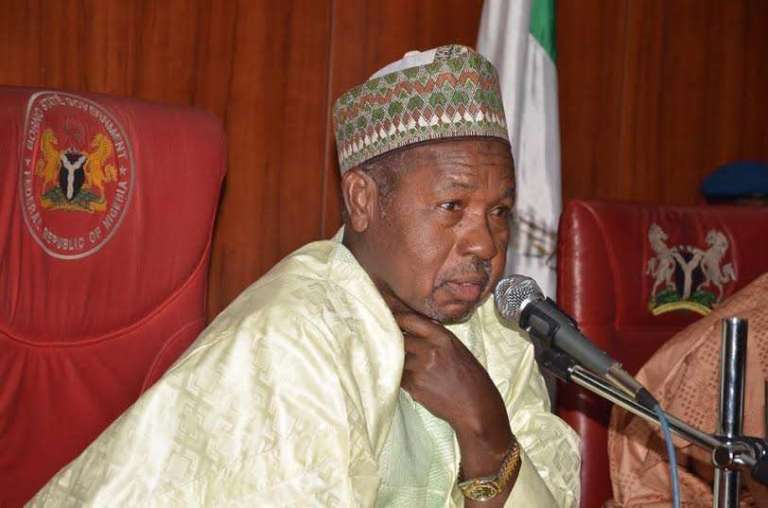 Governor Aminu Masari of Katsina State has directed the Secretary to the State Government (SSG), Mustapha Inuwa, to arrange a meeting for him and security chiefs with suspected bandits at their hideouts for dialogue, to ensure peace returned in the state.

The Director General on Media and Publicity, Abdu Labaran, made this this known in a statement on Thursday in Katsina.

He said that the decision was taken at an extraordinary security meeting, held on Wednesday in Katsina.

Others were caretaker committee chairpersons of the frontline local government areas of the state, Emir of Katsina, Abdulmumini Kabir, security chiefs and representatives of herdsmen.

“Masari convened the meeting to afford stakeholders the opportunity to give their contributions toward finding lasting solutions to the problem.

“He declared that the spate of wanton bloodshed was enough, and that the state of insecurity must be reversed in Katsina without further delay.

“I am fully prepared and ready to personally go to anywhere to meet with anybody for dialogue on how to stamp out bandit attacks in the state,” he said.

The governor threatened to take necessary measures to end banditry, kidnapping and cattle rustling, even if the plan didn’t work.

Mr Masari said, “People should realise that once there is wanton bloodshed, there won’t be peace in that society.

“It is the duty of all of us to contribute to bringing an end to this state of insecurity.

“Make no mistake about it, anybody who has a hand in the bloodbath must account for it sooner or later.

“Those who have information but decide to keep quiet are themselves guilty of the same crime.”