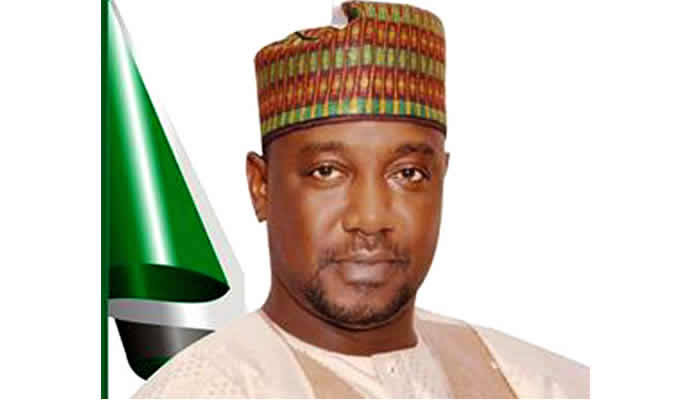 “You campaign in poetry, but you govern in prose.” —Mario Cuomo, former Governor of New York

When Governor Abu Sani Bello decided to run for office of Governor of Niger State, more than most, he knew that one of the key problems of the state is the deficit in road infrastructure. Niger state after all, is only the state with the largest landmass in Nigeria covering a total of 76,363 km² so naturally it would have longer stretch of roads than most Nigerian state.

If His Excellency was to speak frankly today, I suspect he would admit that he has found nothing easy because even as so much has been done, so much more still needs doing. But for the activities of the Niger State Infrastructure Committee, which has thrown more light on the matter of infrastructure in the state, many have not been in the know of the road projects completed and ongoing in the state.

Now as members of the committee traverse the state, moving from one project site to another, the general public began to see that a lot more has been done and is being done.

Today, with over 200km of roads completed and with about 240km of rural roads currently undergoing construction across the state, and with several township roads being constructed or reconstructed, Governor Abu Sani Bello has earned the nickname Road Master because His Excellency’s stride towards road construction in Niger state is now without doubt unprecedented.

Gov Abu Sani Bello means to improve the IGR of the state, and one of the actions to achieve this objective is to open up farming villages to markets so that local farmers can travel out and traders can travel into the local communities to purchase farm produce. This is why for the first time in a long time development has been made to reach the rural areas. Consequently, we have seen the construction of a number of rural roads like the 55km road Etsu Tasha in Lavun LGA, 89km road Kampanin Bobi in Mariga LGA, 22km road Shagunu in Borgu LGA, 48km in Shafini-Tungan Jika LGA, 37km Wuya-Suman in Gbako LGA, 21km Suleja-Abuchi-Izom in Suleja and 22km Old Gawu-Tuna-Farindoki which is also about to start.

Minna today is wearing a new look thanks to the intervention of Governor Bello who has ensured that roads linking streets and neighborhoods are reconstructed. The Tungan Goro-Tagwai Dam Road, Bosso Estate road, the City Gate-Chanchaga dual carriageway, ongoing dualisation of broadcasting road, Lawu/Kinkapa road, Gbeganu-Fadikpe road, Kongila-Makera road, completion of Old Airport-New Market road dual carriageway, Brighter-Himma School road, Roads in Chanchaga Water Works, Sarkin Bosso road, Gogo-Mai Lalle road, 4no roads in London Street, Ongoing Eastern bypass Maikunkele road and so many other roads that are undergoing construction with the Infrastructure Committee working assiduously to ensure that the work is completed in a timely manner and to the highest possible standard.

The subject of the state of Federal roads in the state has, however, been a sour subject as a lot of the roads are in bad shape. The Suleja-Minna road has especially caused so many problems for the state. Gov Abu Sani Bello rose to the occasion and mounted pressure on the Federal Government while deploying the state’s limited resources to ensure that the road stays motor-able. Today, the section between Suleja to Farin Doki is has been reconstructed to the highest possible standard by the Federal Government and the Niger State Government jointly while His Excellency continues to pressure the Federal Government to mind the neglected Trunk A roads in the state. Currently, work is massively ongoing to complete the remaining 40km of the road. The Tegina township section which is also a Trunk A road and has been reconstructed by the state government, work is currently ongoing and about 10km has already been reconstructed from Kontagora to Tegina which is also a federal road.

Some of the indigenes and residents of Niger state have no idea the roads rehabilitated by the state government are actually the responsibility of the federal government.

But no road sits closely to the heart of His Excellency as the Bida-Minna road. Gov Abu Sani Bello has made unprecedented moves to ensure its reconstruction that a whooping N23billion has been penciled down for the reconstruction –the highest cost of any project ever awarded by the Niger Government and when completed, this is going to be the biggest contract to have ever been executed by any state Governor in the state.

The contract has since been awarded but the project suffers a number of impediments, the most difficult is the high level of traffic of articulated vehicles constantly travelling the road. Moves have been made to bypass these obstacles and now that we are in the dry season, work will continue in earnest as one of the legacies of Gov Abu Sani Bello

The major towns in the state have seen a number of reconstructions/constructions of township roads like in Kontagora, Kagara and Mokwa.

The commercial town of Suleja also has ongoing reconstruction of Jubilee road, Kwamba road and the contract for Zariyawa road which had issued because of the quality of work done was terminated and will soon be re-awarded.

The historic town of Zungeru has seen a number of her township roads reconstructed too.