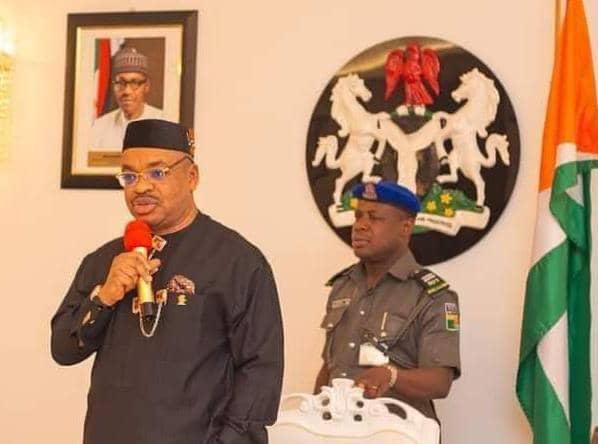 Akwa Ibom State Governor, Mr Udom Emmanuel has urged members of the PDP Caucus to be united, dedicated and committed to the ideals of the party as well as work hard towards meeting the yearnings and aspirations of the electorate.

The Governor stated this on Monday while presiding over the PDP Caucus at the Government House, Uyo, in his capacity as the Party Leader and Governor of Akwa Ibom state

He also took time to brief members of the Caucus on important National and State issues and their implications for the growth and development of the State, the Nation, and the Party.

Speaking earlier, the Acting State Chairman of the PDP, Rt Hon. Lawrence Udosen, thanked the Governor and the entire Caucus for the beneficial cooperation the party has continued to enjoy from members. He also took time to brief the Caucus on the strides and aspirations of the Party since he took over in acting capacity.

Members of the Caucus who spoke commended the Governor for the vision he has continued to deploy in leading the State and assured him of unwavering support towards his completion and succession agenda.

The Caucus also received and heard from a former Commissioner and Legislator, Rt. Hon (Elder) Aniekan Akpan who notified the party’s Caucus of his intention to contest for the position of State Chairman during the forthcoming Congress to serve out the tenure of the Late Hon. Udo Ekpenyong.