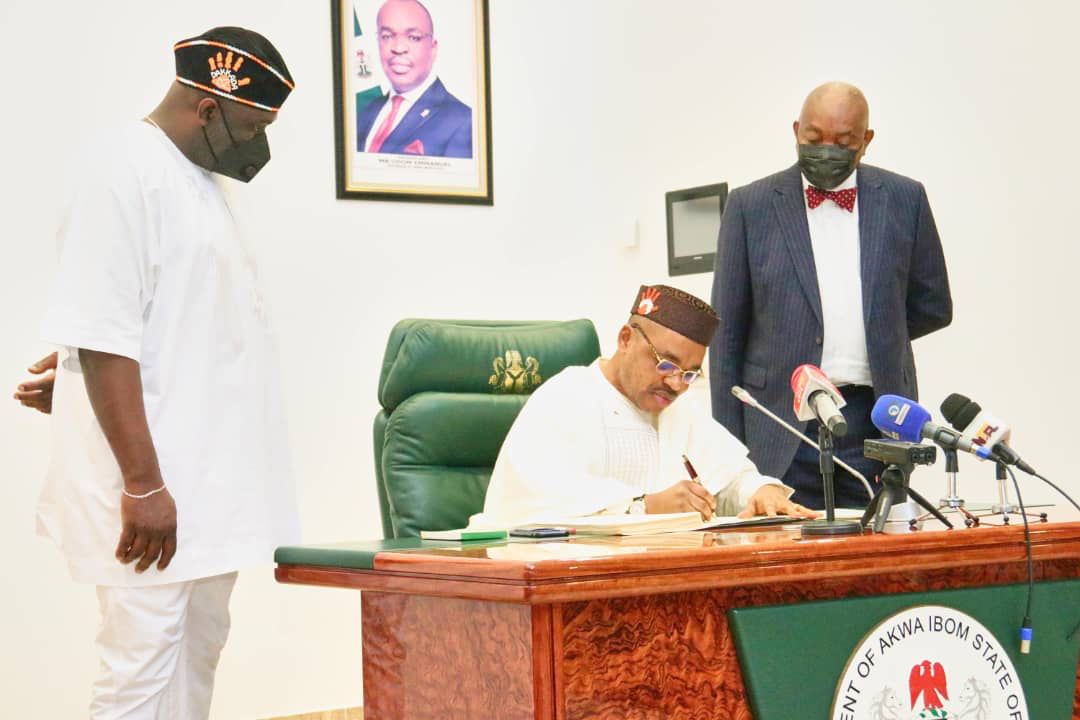 Akwa Ibom State Governor, Udom Emmanuel has signed into law, a bill to prohibit open rearing and grazing of livestock which provides for the establishment of ranches and livestock administration, regulation and control. 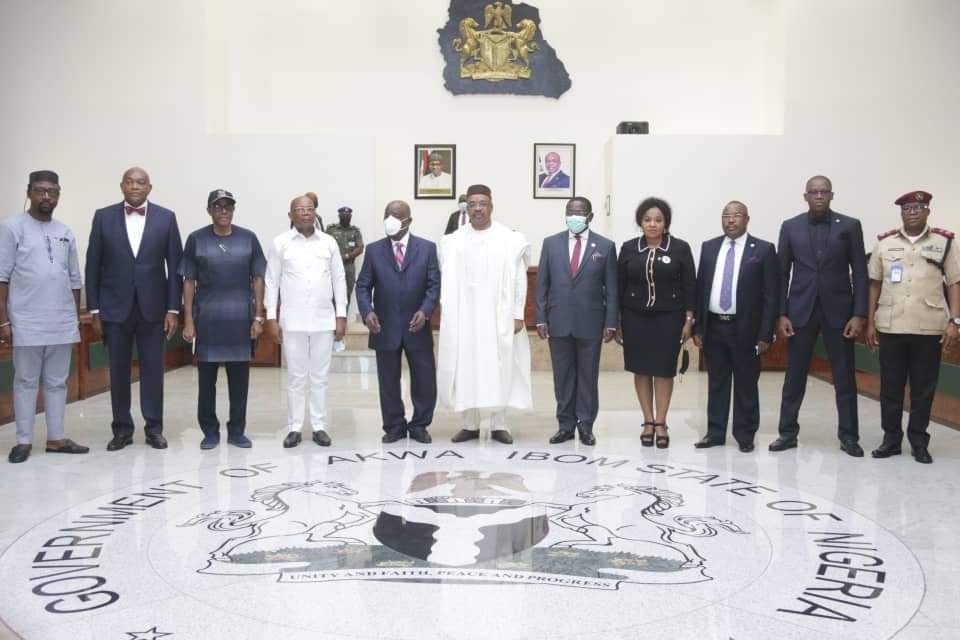 Accordingly, a task force will be set up to monitor enforcement as defaulters will pay a fine of N10 million naira as stipulated in the bill.

The Executive Assent which took place at Exco Chambers Government House on Wednesday in Uyo, was witnessed by the Deputy Governor, Speaker State House of Assembly, Attorney-General and Commissioner of Justice, State Executive Council Members, Chairmen of Boards and Commissions, Permanent Secretaries and Heads of Extra-Ministerial Departments in the State.

According to governor, the bill which was enacted by the State House of Assembly will promote modern techniques of animal husbandry, promote job opportunities and expand the value chain in livestock business as well as promote international best practices in the state.

In his words, “In Akwa Ibom State this morning, we are signing into law in the presence of Mr. Speaker and the leader of the State House of Assembly, the entire State Executive Council Members, Chairmen of Boards and Commissions, Permanent Secretaries and Heads of Extra-Ministerial Departments in the State, a law to prohibit open rearing and grazing of livestock and provides for the establishment of ranches and livestock administration, regulation and control as enacted by the State House of Assembly as the bill is hereby contained.

“The whole objectives of this law will promote modern techniques of animal husbandry, promote job opportunities and expand the value chain in livestock business, it will promote the production of high quality of livestock in our state as well as promote international best practices”.

The governor further said, the bill will promote the growth of livestock farming and prevent the destruction of farms, crops settlements and homes caused by open rearing across the state, saying ‘’if you are rearing a cattle in the state that is your line of business, so don’t use that to cause destruction for those planting cassava, because the person planting cassava is also eating from there, so we are trying to regulate it according to international best practice’’.

He warned that the law will take its full cause to anyone who faulters, saying ”We will enforce this law, the Attorney-General will ensure that a task force is setup that will monitor enforcement, please those who practice opening rearing and grazing should adhere to this law because there are fines in the law and we will implement the law to the later, and this law is no respecter of persons, if you have cattle wandering and littering the state, harassing people and destroying farm lands and crops, I think that has been put to rest today. So let us adhere, because the fine is N10 million’’, the governor stated.

In a related development, the Governor has also inaugurated the Akwa Ibom State Gender Based Violence Management Committee (GBVMC) as well as a Road Safety Advisory Council for the state (RSAC).

The GBVMC had the First Lady of the State, Dr. Mrs. Martha Emmanuel, as Chairperson, Mrs. Emem Ette of the Ministry of Justice as Secretary, with the State’s Commissioner for Women Affairs and Social Welfare, Dr. Ini Adiakpan, State Director of Information, Mr. James Edet, Police desk officer in charge of Gender based matters, Supol Nseobong Umoh and nine others drawn from various relevant government agencies and Civil Society Organisations, as members

Similarly, the Road Safety Advisory Council on the other hand has the Akwa Ibom State Deputy Governor, Mr. Moses Ekpo MFR, as Chairman, Sector Commander of the Federal Road Safety Commission, Corps Commander M. O. Olonisaye, Secretary, with State Attorney General and Commissioner for Justice as well as Commissioners for Works, Health, Education, Finance, Environment and the State Chairman of the Nigerian Society of Engineers as member.

Performing the inaugurations on Wednesday at the Executive Council Chambers, the Governor stressed that the establishment of the GBVMC became necessary to proffer a synchronized approach to addressing all forms of violence against persons in the nation and reinforce the already operational Violence Against Persons Prohibition Law in the state.

According to him, “We are trying to do this across the Federation, to work towards the total elimination of social and cultural practices that enable gender-based violence”, the governor said, adding that the Committee will also make recommendations for the State’s line of actions against gender based violence, stimulate actions to improve the welfare of victims and restore sanity be on the social, especially concerning rape and domestic violence across genders.

“I emphasize, any man caught in the act of rape or reported, the law will take it’s course and we will fast track the law to take it’s course. We won’t agree to all those indefinite adjournments” he stressed.

The Governor said the Road Safety Advisory Council was born out of concerns raised in the National Economic Council over loses occasioned by carelessness and disorderliness in road usage across the nation and was being instituted in all states of the federation.

The Akwa Ibom First Lady, Dr. Mrs. Martha Emmanuel, while interacting with government house correspondents, thanked God and the governor for bringing the long craved institutionalization of structure for enforcement of gender based violence prohibition to fusion.