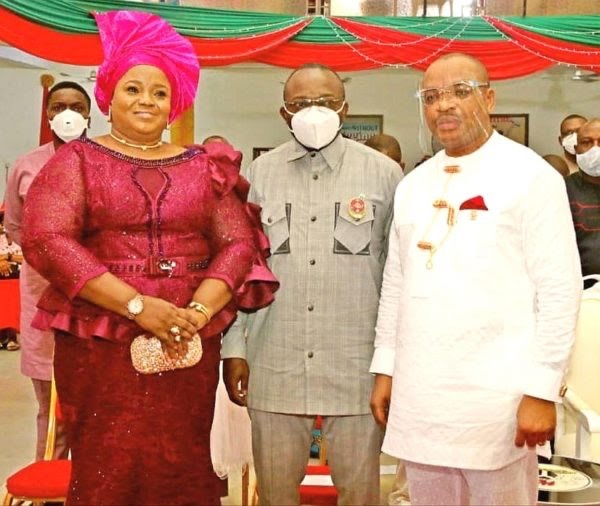 …attributes elevation to diligence in service

Akwa Ibom State Governor, Mr. Udom Emmanuel, has described the recent elevation of Mfon Ekpoh, to the rank of Air Vice-Marshal as a reward for diligence in service to God, the nation and humanity. 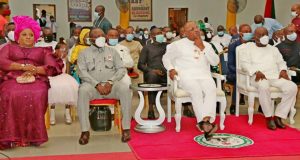 Governor Emmanuel lauded Ekpoh’s timeliness in convening the thanksgiving service, describing it as a true expression of gratitude and particularly thanked God for choosing to make the elevation happen in a seemingly exigent and thorny year 2020, saying the elevation is a succour to the state.

“It doesn’t matter whether it was delayed or not. When we pray for something God knows when to give it to us and he decided that it should be 2020. We had better and more exciting years, but God chose to make it happen in this year of Corona virus and all kinds of things. It means the year is not completely bad. Promotion comes from God. I believe in your own case God wanted to take the glory” he stated.

Governor Emmanuel recalled that Mfon Ekpoh has always been known for his diligent service to God, a virtue the officer has brought to bear in his military career of watching over Nigeria’s citizens, maintaining  that reward for diligence may be delayed but that diligence has never gone unrewarded.

He described the promotion and subsequent thanksgiving as significant both to the state and the celebrator and likened Ekpoh’s promotion to the angel’s visitation to the shepherds that kept watch at night, stressing that God would always deliberately meet people in their place of diligent service and dedication to duty.

Thanking God for the elevation, Air Vice-Marshal Mfon Ekpoh said that the thanksgiving service was predicated on the huge story behind it.

He narrated the ordeal of his ill health having been placed on oxygen for two days, saying that God did not just heal and brought him back to life but blessed him with promotion.

He declared that only God deserve the glory for his life and recent attainment and prayed for God’s blessing on the Governor and his entourage, military officers and all that came to join him in the thanksgiving.

Delivering a sermon on the topic, “the Power of God’s Voice” drawn from John 11:40-44,  the Regional Pastor of the Redeemed Christian Church of God, Region 14, Pastor Richard Adeboye, said the voice of God had the power to bring one out of any situation and admonished that men should strive to access the voice of God through the scripture.

Mfon Ekpoh is the seventh Akwa Ibom Indigene to be decorated as a two-star General of the Nigerian Air Force since 1962.