The Ogun State born act who was born into the christian family of Mr. and Mrs Ogunsina Ajao Adegboyega describes his father as a disciplined man and a father to all who just retired from working with the Lagos State government as the head driver with Lagos State Internal Revenue Service (LIRS).

Rumor once had it that he and his partner Ojo Oladipupo Daniel were in a relationship aside from being a comedy duo. According to the reports, they are always lodged together in their hotel apartment when they have official events and even unofficial events adding that they live in the same compound with their respective families. 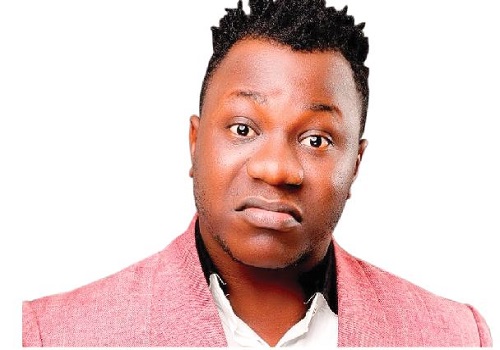 When asked about his alleged ‘relationship’ with his partner Ladi, he responded saying, ‘the allegation between my partner and I came as a rude shock to me, because seeing partners who have become blood brothers, who have become more than friends and family, we were not born by same parents but what we share together makes us stronger than family. We climbed the stage together, worked together and almost got married at the same time. The issue is that when fans want to come between two partners they find stories to back it, for instance go and check what most of the group entertainers we have like Infinity, Styl Plus, Plantashun Boyz and co fans came up with scandals by assumption and getting information from wrong sources’.

He continued to say, ‘when fans claim to love these celebrities but do not care to meet them for the right info without knowing what it does to them like depression is totally unfair. My partner and I have been together for almost two decades and it baffles us when we see such stories. We can stay in the same hotel room if the event organisers can’t afford seperate rooms for us, does that mean we are gay? Fans should always put us into consideration when they try to put us down. That does not mean we don’t have fans that support, we appreciate the loyal ones too’.

Still Ringing had his secondary education at an all-boys school, Anwar-Ul-Islam model college Agege, Lagos from 2000 – 2006. After several failed attempts to secure admission into a tertiary institution, he was admitted to study Business Administration at the Lagos State Polytechnic in 2012.

StillRinging was recently attacked by his ‘fans’ for allegedly having an affair with a client identified as Clement Peters. He responded to this allegation saying, ‘when I got the information about this issue of having something to do with one of my clients, Clement Peters who came from the US, I was so down and felt bad because most times when you try to avoid scandal it just pops up from nowhere’.

‘The allegation is not true, the fact that you are close with a client does not suggest such gay relationship. They should think of my reputation and legacy before saying these things. How would I stoop so low to indulge in that, but i guess it’s part of the price you pay for stardom. Anyone who is pointing accusing fingers to any artist you claim you love is not a true fan, if you really are a fan you should come to me for verification of stories before flying around with it. I wouldn’t want to say much about the Clement Peters affair saga because it’s personal. I just want my fans to calm down, this allegation is wrong, I’m in a very serious shock and trauma now. When I’m calm, I’ll clear all these false allegations’.