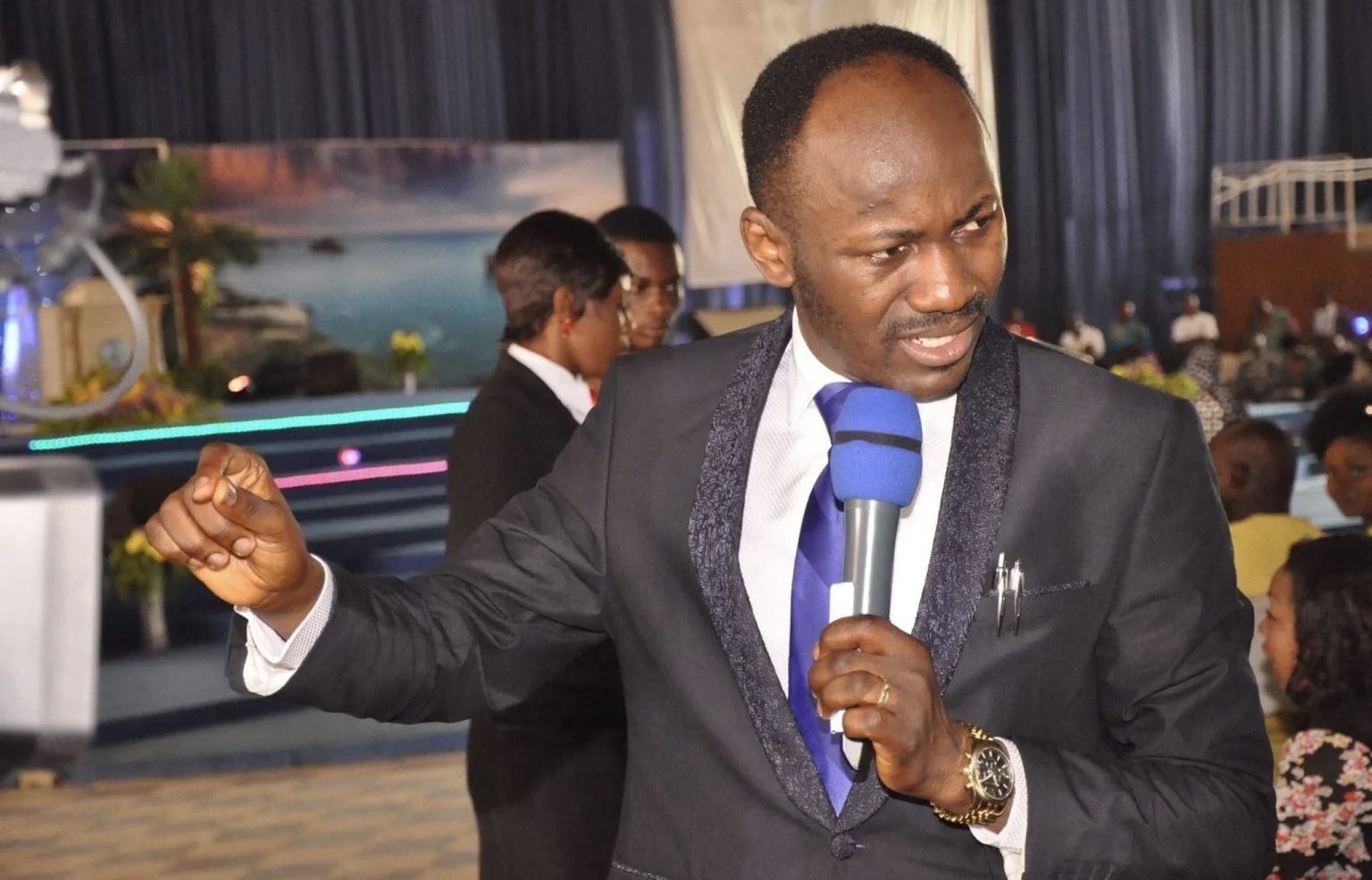 Apostle Johnson Suleman of Omega Fire Ministries has released 38 prophecies for the year 2021.

Suleman in his prophecies predicted happenings within the Nigerian government, some African countries and the world in general.

Speaking during the crossover service in his church, the fiery preacher predicted conspiracy against Nigerian Vice President, Yemi Osinbajo.

Apostle Suleman foresaw a new sect of the Boko Haram terrorist group stringing forth in 2021.

He also predicted that power will leave the North.

I. Fire outbreak in the eastern part of Nigeria.

2. Covid 19 casualties not as worse as expected.

3. I see people protesting against police.

7. I see a liquor company losing staff. Saudi Arabia will experience an attack.

9. New faction of Terrorist breaking out of Boko Haram.

10.House of horror (Where kidnappers’ victims are kept) expose.

I I. Terrorism sponsor in Nigeria nabbed.

19.A year of great revival for Christians.

20 I see Cows fighting their owners.

2I. Politicians to be jailed. (Nigeria).

22. Ghana to have major economic crisis.

23.I see pirates kidnapping in Ghana.

25. Train going off the rail but crisis averted.

27. Northerners to turn against leadership.

29. I see family of a veteran Yoruba musician crying over his demise.

30.I see Ebola return but not in Nigeria.

3I. Agricultural boom and constant rains.

35. U.K Prime Minister needs to pray over his health.

37. Major TV Channel burgled and razed down with fire.

38.Divine intervention for a Nigeria Footballer.