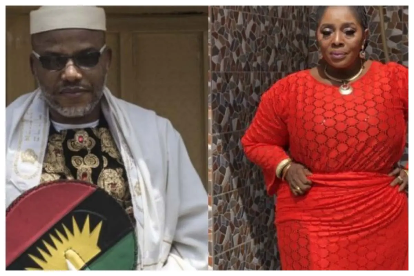 Rita Edochie, a veteran Nigerian actress who began her acting career long before the formation of the now-structured Nollywood, has called for the release of Nnamdi Kanu, the leader of the Indigenous People of Biafra IPOB.

On June 27, he was apprehended in Kenya and deported to Nigeria on June 29. He is currently facing terrorism and other charges in court.

Rita, who has never hidden her support for the secessionist group, appealed for the release of the group’s leader in an Instagram post this morning. She had written:

”FREE MAZI NNAMDI KANU NOW YO AVOID HAD I KNOW

ALLOW US TO GO.