On Tuesday, October 11, businesswoman and youngest wife of billionaire industrialist, Folashade Noimat Okoya, stood tall amongst the movers and shakers of the society as she added another feather to her cap. Okoya was among the recipient of the Member of the Order of the Niger (MON) award, which was conferred on her during 2022 national honours awards organised by the federal government in Abuja. 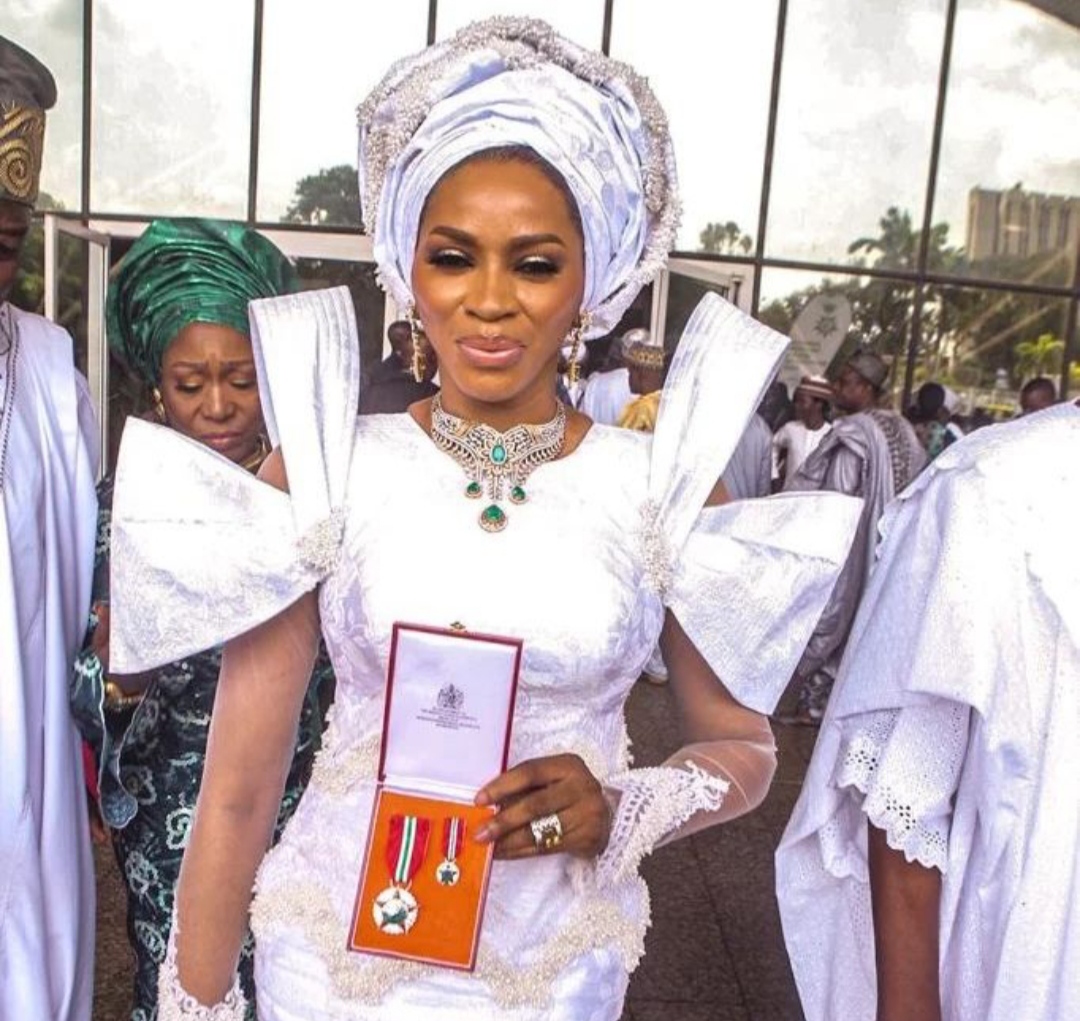 The latest achievement has proven that the style icon, whose business tentacles have continued to resonate across Africa hasn’t gone unnoticed.

Watch the moment she received her award from President Muhammadu Buhari below;

The mother-of-four was honoured alongside other prominent women like the Director-General of the World Trade Organisation (WTO), Dr. Ngozi Okonjo-Iweala, and Amina J. Mohammed, the Deputy Secretary-General of the United Nations.