Months after PDP’s Fani-Kayode tagged the Minister of Communications, Isa Pantami, a ‘cold-blooded beast’ and called him all sort of names in an article, FFK as he’s fondly called was spotted with Pantami in Kano today.

FFK and Pantami are in Kano for the wedding of President Buhari’s son, Yusuf.

Both men were seen smiling and chatting at the Kano state government house alongside the Governors of Zamfara and Borno states.

Recall that on April 22 in the midst of the brouhaha surrounding Isa Pantami, Fani Kayode published an article where he condemned the minister and referring to him as a ‘religious bigot, an ethnic supremacist, an unrepentant jihadist, a lover of bloodshed, carnage, and terror and a psychopathic and insane individual.’

The Former aviation minister was spotted Fani Kayode also stated that Pantami may have been responsible for the slaughter of many innocent Christians over the years as a consequence of his inflammatory rhetoric and reckless actions.

See the photos below: 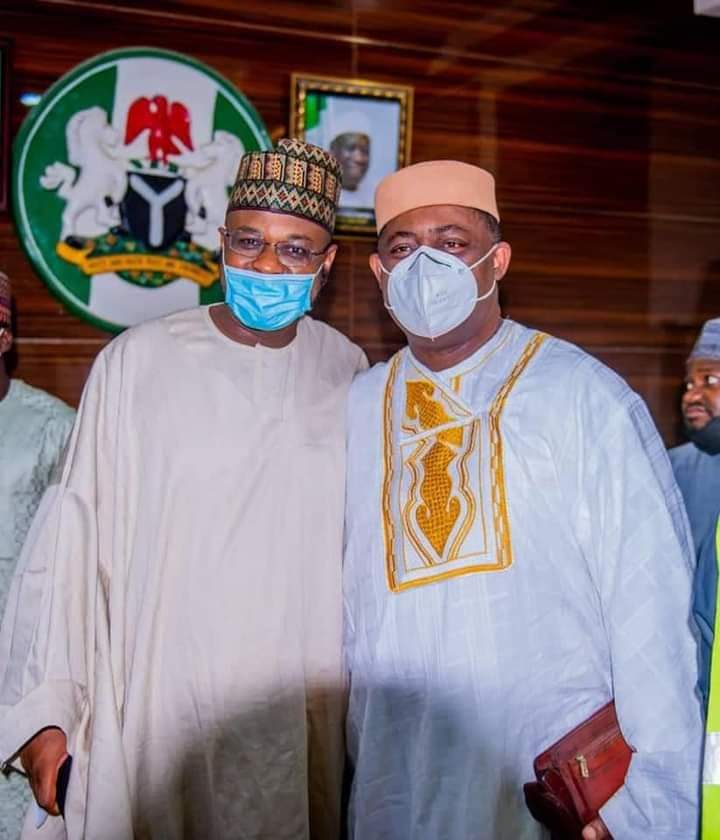 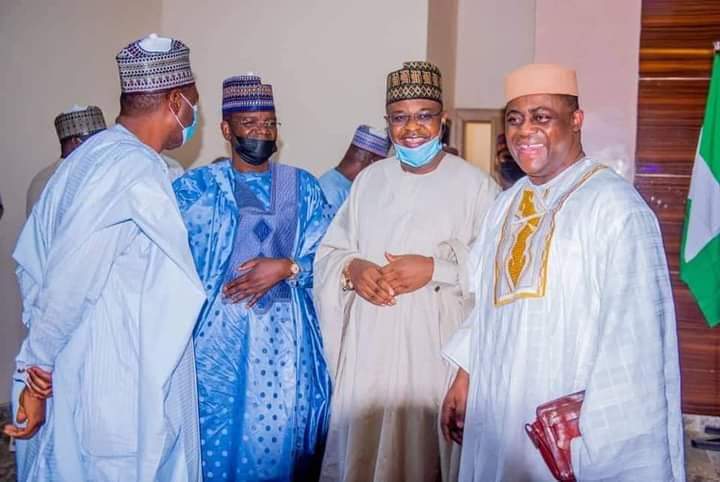