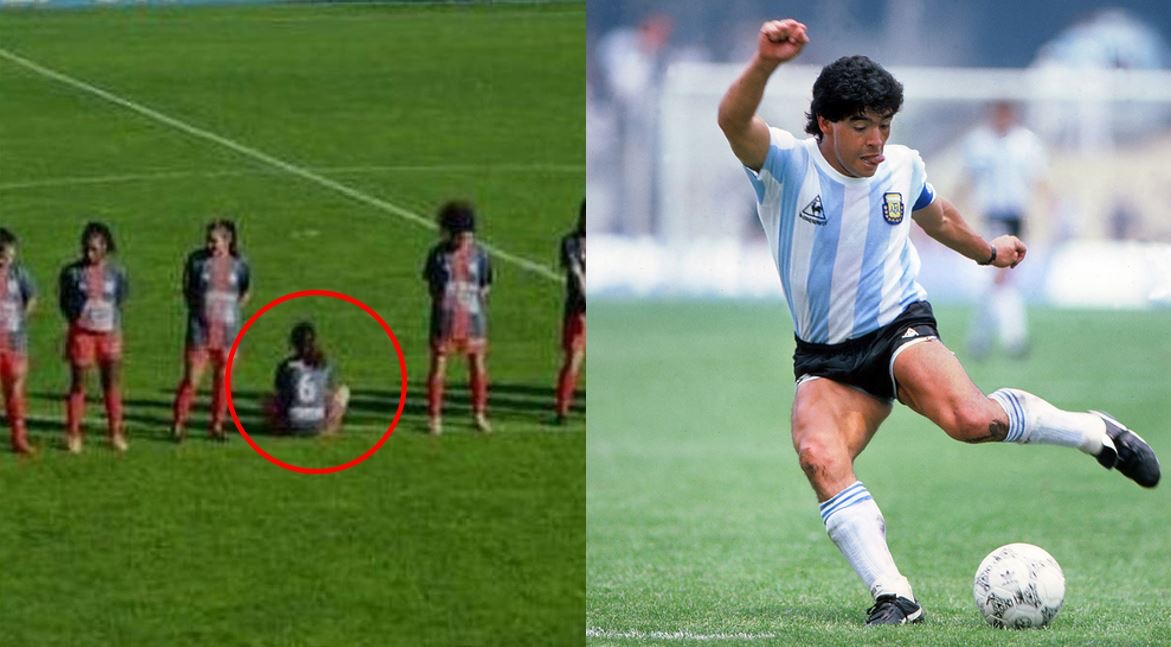 A female football player identified as Paula Dapena who plays for Spanish side, Viajes InterRias FF, is currently making the headlines and attracting a lot of attention globally after she refused to pay tribute to late Diego Maradona at the beginning of a football match.

Dapena had turned her back and refused to stand during a 1-minute silence in honour of the late football legend.

Maradona who died at the age of 60 after suffering a cardiac arrest at a home in Tigre, Argentina, is regarded by many as one of the greatest footballers of all time.

“As soon as I found out that there would be an act in his memory I refused to observe the minute’s silence for a rapist, paedophile and abuser”. “I’m not willing to give a domestic abuser a minute’s silence and not the victims,” Dapena said.

Maradona faced accusations of domestic violence after he was caught on video in 2014 arguing with his then girlfriend and appearing to hit her, he denied the claims and no charges were brought.

Dapena said she had received lots of expressions of support “but I’ve also received death threats – and so have some of my teammates”.

“We were giving a minute’s silence to someone who committed domestic violence,” she said.
“For me, that’s something that my feminist ideals can’t allow: a tribute to Maradona.
“For me he was an incredible player, but as a person he left a lot to be desired.”