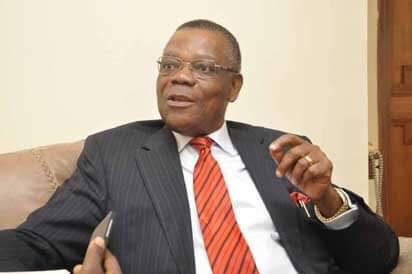 …Says critics of project are hypocrites

A former Minister of Petroleum, Otuekong Don Etiebet has thrown his endorsement behind plans by Akwa Ibom State Governor, Mr Udom Emmanuel to build an international worship center for God in the state. This comes amidst criticism that has trained the project by critics of the government in the state.

In a whatsup post on the viability of the project, the Akwa Ibom APC State Leader noted with dismay, the unnecessary criticism that has greeted the project billed for completion and commissioning in 2022.

Otuekong Etiebet stated that if many citizens of Akwa Ibom State can build private altars and churches for God, there is no moral justification why a state cannot be allowed to do same, more so when such an edifice can turn out to become a tourist attraction.

Continuing he said, “Everywhere in the world, even in communist countries, a big beautiful worship centre, whether Christian or Islam, is a big historic and tourist site. Let’s not be hypocrites. Let’s criticise what is bad and praise what is good, no matter our political affiliations”, he admonished.

How We Resisted Attempt To Arrest Sunday Igboho – OPC

From Chibok To Jangebe: A Timeline Of School Kidnappings In Nigeria