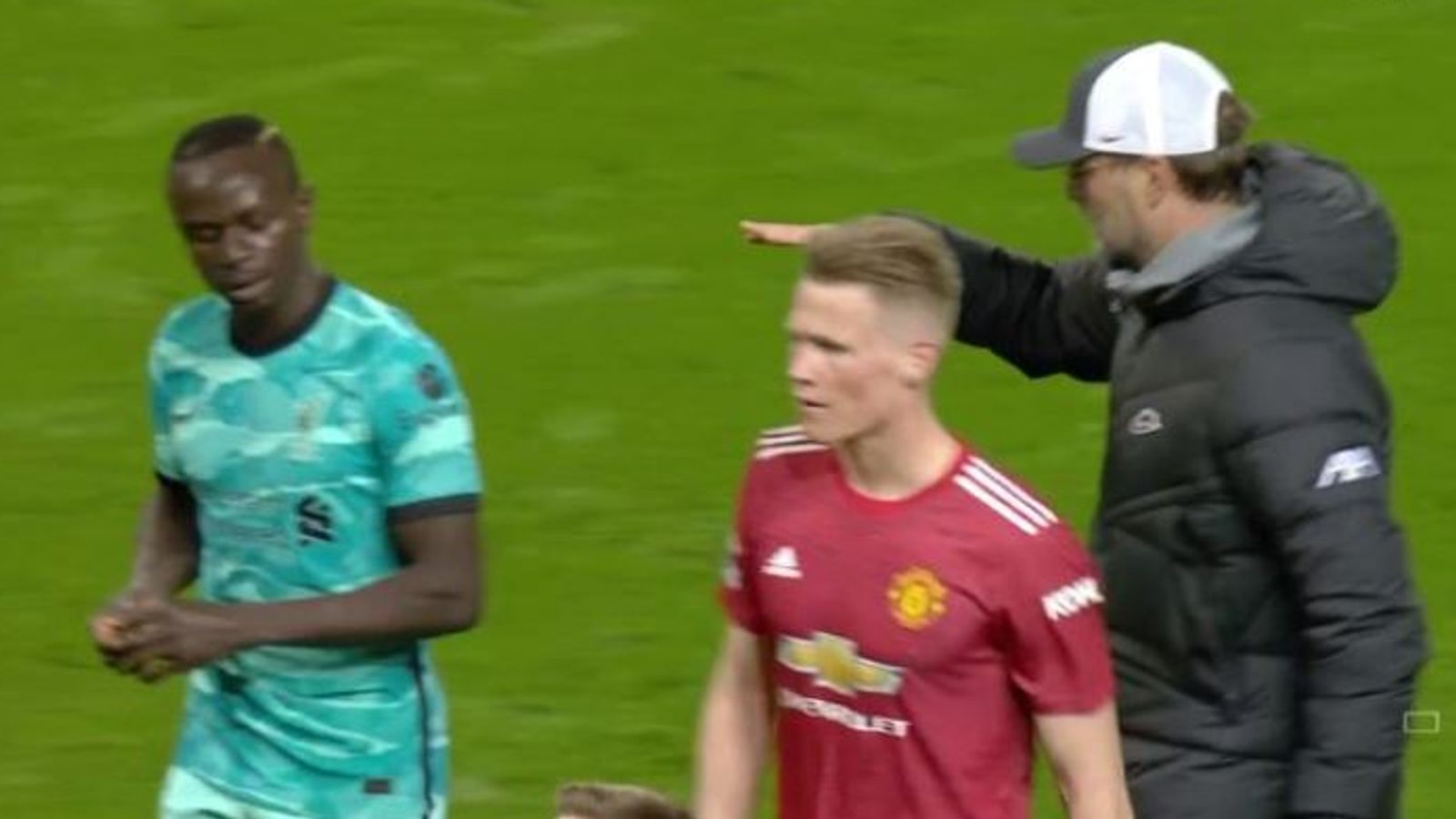 Both men felt Mane was ‘disrespectful’ and ‘out of order’ for snubbing Klopp’s handshake.

After the victory, Klopp went onto the pitch to congratulate his players.

Diogo Jota, Roberto Firmino and Mohamed Salah, scored for Reds while Bruno Fernandes and Marcus Rashford were the scorers for Man United.

Klopp received a frosty reception from Mane – who had been left on the bench at the start of the match.

Mane refused to shake his manager’s hand and walked away from him shaking his head.

And Souness, the former Liverpool midfielder and manager, was unimpressed by the winger’s antics.

“Disrespectful. If I was the manager I wouldn’t be happy,” Souness told Sky Sports after the match.

“He should show a bit of respect. It’s disrespectful to the manager and the club.

“How can he argue? He’s not had a great season and Liverpool have won here 4-2.”

Adding his voice, Keane, the former Manchester United midfielder, agreed that the Senegal international was “out of order” but also felt Klopp should have “backed away.”

“The player is out of order,” said Keane.

“But when I was a player, I didn’t want the manager coming on giving me high fives.”

Man Utd vs Liverpool: Solskjaer confirms player who is out of season