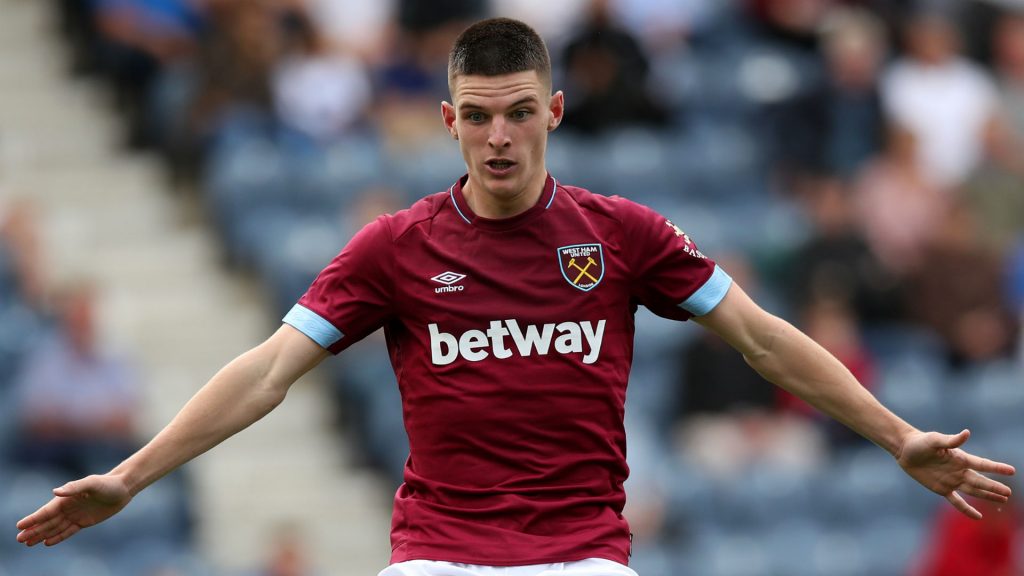 Chelsea are reportedly ready to give West Ham United two senior players in a swap deal for their midfielder, Declan Rice.

According to The Times, Chelsea manager, Frank Lampard is eager to sign Rice and is prepared to use both Michy Batshuayi and Ross Barkley as makeweight in a deal for the 21-year-old.

Batshuayi is now Chelsea’s fourth-choice striker following the arrival of Timo Werner, while Barkley has played in each of Chelsea’s last ten Premier League games and appeared to be a useful squad member for Lampard.

NEWS DIRECT recalls that Rice, who has a reported price tag of around £75million, haddrawn the interest of Chelsea in the past.

Lampard is keen to sign Rice to slot into his starting XI next season, likely at the expense of midfielder, Jorginho, who joined Chelsea in 2018 from Napoli.

Chelsea could face competition from Manchester United for Rice’s signature.

Rice began his career at Chelsea, but the latter joined West Ham after he was let go by the West London club as a teenager.

The England international is a close friend of Chelsea midfielder, Mason Mount, following his time at the club

EPL: Ozil’s career at Arsenal is over – Ian Wright