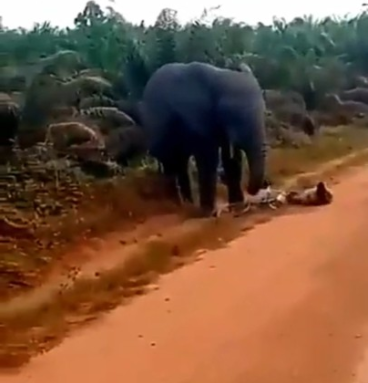 A video making the rounds shows the moment an elephant attacked a bicycle rider and seized his bicycle.

In the video, the bicycle rider is seen lying on the floor beside his bicycle while the elephant towers over him.

The man, who appears to be overcome by fear, didn’t run, instead, he lay there.

Eyewitnesses who filmed the incident appear too afraid to go close to help the bicycle rider. From a distance, they scream at the elephant in a foreign language. 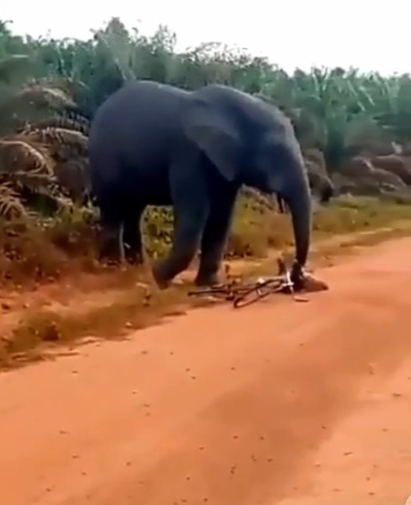 At one point, the elephant lifts the man’s bicycle before dropping it to the ground. The elephant then stands over the man and appears ready to stomp him with its feet.

“Pardon, pardon,” the eyewitnesses scream with a sense of urgency.

They also appear to be screaming at the man to escape and the man eventually gathers himself up and runs off.

It is not clear in which African country the incident happened.