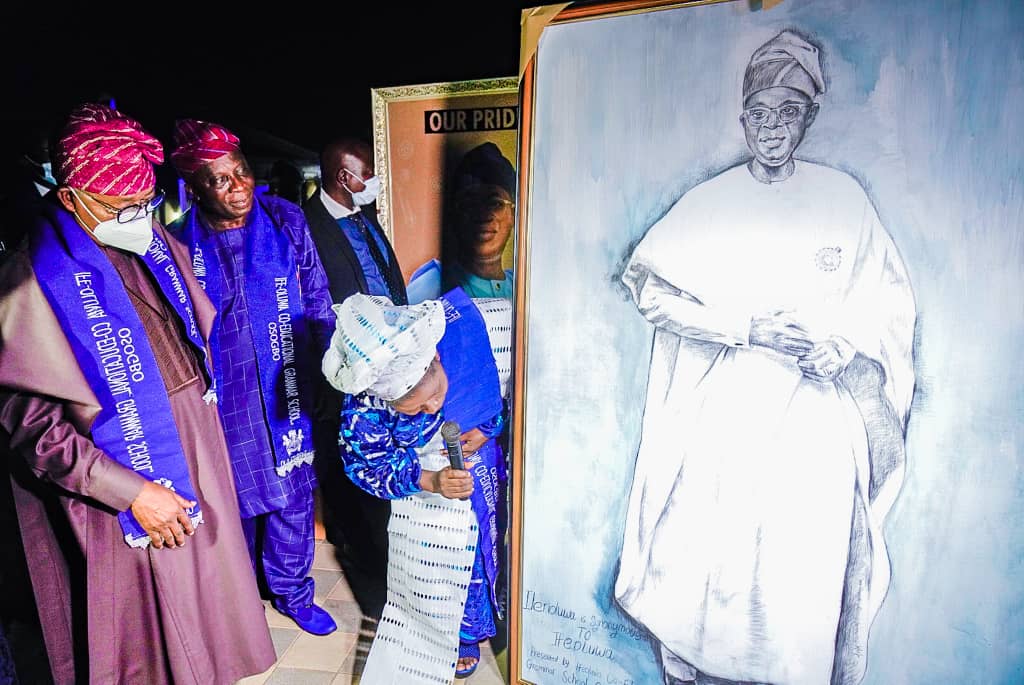 Encomiums were on Saturday poured on Governor Adegboyega Oyetola by the old Students of his secondary school for being a good ambassador in public office.

This is even as the governor said education and learning remain the  tools needed for success in life as he reminisced about his days in  secondary school.

He spoke during a dinner organised by old students of 1964-1976 of Ifeoluwa Co-Education Grammar School, Osogbo, at Aenon Suites, Osogbo.

The governor, who was part  of the 1968/72 set of the school, recounted his experience while he was a student and praised the founder of the institution, the late Pa Michael Akintayo Fadeyi, for establishing the school and creating a learning facility for students.

“I wouldn’t forget in a hurry my experience in my first year when you must of necessity, to protect yourself, have a school father, which was good.

“Discipline at that time was the order of the day, believe me, and I understand that it is always good to talk about education both in learning and  character.

“You must have the two to be able to succeed in life.

“The little experience we had when we were in school , the discipline, moulded us to what we are today and it is an experience I will always remember,” Oyetola said.

The governor thanked the principal organiser of the dinner, Mrs Mercy (Fadeyi) Kolajo (the daughter of the school founders) for bringing the old students together after decades, especially those who came for the programme from the US.

He promised that he would visit the school to see how he could render assistance in his capacity as an old student and as governor.

Earlier in her address, Mrs. Mercy (Fadeyi) Kolajo , the principal organiser of the programme and first daughter of the founder of Ife Oluwa Co-Education Grammar School, said she was so impressed with the administration of Governor Oyetola that she contacted her fellow old students to honour him and associate with his government.

Mr. Kunle Akande, an old student and lawmaker in Osun Assembly and a friend to the governor, gave citation of Oyetola and explained that the governor was a gentle, focused and diligent student , who didn’t indulge in anti-social activities while in school.

Omipidan, reeling out all the achievements of the governor in a powerpoint presentation, highlighted the transformation efforts in the health sector by the Oyetola administration.

He also revealed the roads constructions undertaken by the Oyetola’s administration in the past two years, (those completed and ongoing in various areas across the state) and the dilapidated schools that had been upgraded and new schools that were built.

The governor was decorated as old student of Ife Oluwa Co-Education Grammar School and gifts were also presented to him by the old students.

Terrorists Kill 5, Abduct Imam, 17 Others During Friday Prayer In Zamfara