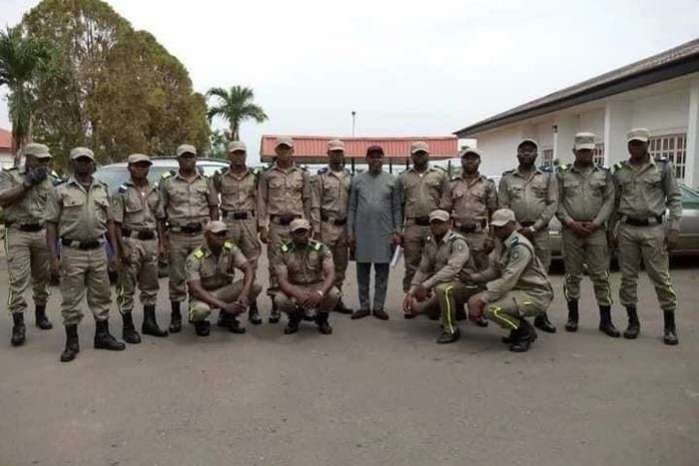 37 suspects have been arrested by Ebubeagu (the South-East security outfit) and the police over a plot to attack police stations and INEC facilities in Ebonyi.

Commissioner for Internal Security, Border Peace and Conflict Resolution, Stanley Okoro-Emegha, said to journalists on Monday in Abakaliki that the suspects were arrested in Agubia, in Ikwo local government area on Sunday.

“Ebubeagu security outfit in a midnight operation, on Sunday, May 23 apprehended a total of 37 suspected criminals in Agubia axis in Ikwo Local Government Area of Ebonyi.

“The arrest was made in a joint operation coordinated by the commissioner and the Ikwo Local Government Council Chairman, Mr Steve Orogwu.

“It was also made with assistance from operatives of Ikwo divisional police, who saw the criminals in their hideout and arrested them,” Mr Okoro-Emegha said.

He noted that those arrested were indigenes of Ebonyi and those of neighbouring states in the South-East.

“Some of the suspects are not from Ebonyi. But they have been handed over to the police for further investigation.

“Among things recovered from the hoodlums is a map of some areas they were preparing to attack, and the areas include police stations and some INEC offices in the state,” he added.