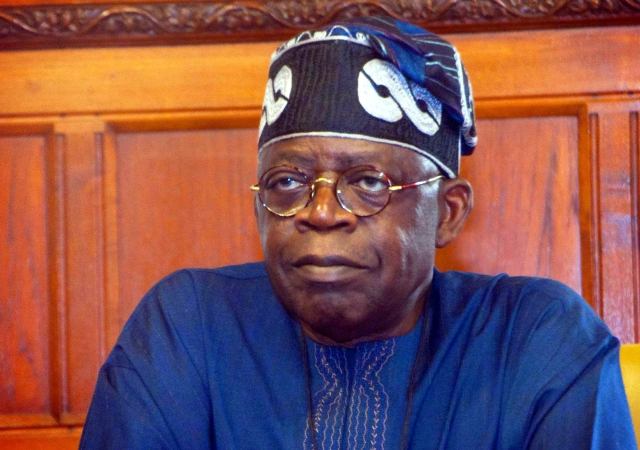 Asiwaju Bola Tinubu’s political acumen has been much extolled by his many political devotees. However, whether any one of them would subject himself to the medical diagnosis of a Dr. Tinubu garbed as a medical doctor or take his prescriptions for an ailment is an issue.

As Comrade Adams Oshiomhole’s political future hung in the balance at the beginning of the week, Tinubu, after a long absence, came out to diagnose the problems against the national chairman of the All Progressives Congress, APC.

According to him, those fighting Oshiomhole were afflicted with a ‘2023 virus,’ which he said was worse than coronavirus.

Perhaps symptomatic of the ‘2023 virus’ on those it had afflicted was the blind ambition that made them pull down posters and billboards of Oshiomhole positioned within and outside the immediate premises of the national secretariat of the APC last Monday.

That bold action seemed to underline the perception all around Abuja and the nation that Oshiomhole’s days were finally over.

His fate was compounded by President Muhammadu Buhari’s eerie silence in the face of disorder in the party.

Willy-nilly, mischief-makers allege that Dr. Tinubu drew out the president by pointing to a plot to hurry him out of office. That is, also believing that nobody in the cabal is plotting a third term.

During the Senate Christmas break of 2004, Wabara as Senate President had hosted Southeast senators in his Ohambele, Abia State country home.

The senators at the end of the merrymaking were said to have ‘lured’ Wabara into availing himself as the Igbo candidate to replace President Olusegun Obasanjo in 2007.

It is still to be confirmed whether it was Senator Arthur Nzeribe as alleged by some mischief makers who being privy to the brewing Third Term agenda that leaked the ‘Ohambele’ resolution to the presidency.

Willy-nilly, Wabara lost face in the presidency and was within weeks removed from office following revelations about the N55 million education budget scam.

However, Tinubu’s diagnosis of a ‘2023 virus’ was faulted by a leading APC chieftain, Osita Okechukwu, director-general of the Voice of Nigeria, VON.

Mr. Okechukwu, who has partnered with Buhari’s political schemes since 2002 in disagreeing, said the party problems were instead caused by what he diagnosed as an ‘Osho-virus.’

Dr. Okechukwu, in his 10 point diagnosis, also submitted that the Osho-virus was worse than coronavirus.

Dr. Okechukwu noted among other ills, the party’s failure to scrutinize the Bayelsa governorship running mate’s credentials as symptomatic of an ‘Osho virus’ rather than a ‘2023 virus.’

Given the way the pursuit of the virus became a national concern, it was not surprising that Governor Nyesom Wike, who everyone knows to be a lawyer, would also weigh in on the debate.

In his diagnosis, the Rivers State governor, in an unusual stance, agreed with Dr. Tinubu averring that the problems of the APC were indeed, caused by a 2023 virus.

“I agree with the former Lagos State Governor, Senator Bola Tinubu, that the crisis in APC is about 2023. Everyone wants to be president or vice president. This virus is indeed, worse than coronavirus,” Dr. Wike said during a session with newsmen earlier this week.

A day or so later, Dr. SKC Ogbonnia, a former Buharist who made a failed bid to contest the 2019 presidential ticket of the party, stepped into the arena by denouncing the claims of Tinubu and the other virus experts.

Ogbonnia, according to his profile, has degrees in civil engineering, sociology, public administration, law, and a Ph.D. in leadership.

He was the exception. While admitting to problems in the party, he, however, objected to seeing the maladies as worse than coronavirus.

He, nevertheless, diagnosed Dr. Tinubu as also suffering from the 2023 virus symptoms.

As he said:”Oshiomhole’s main function…has been to perfect Tinubu’s plot to install his cronies across the country towards a presidential bid.

“Every APC structure, from the states to the federal, including the Legislature, and President Buhari and his cabinet, had a bitter taste of the crisis. Only Coronavirus could have been as toxic and widespread.”

Remarkably, of all the virologists, only Dr. Ogbonnia was candid enough to draw attention to the fact that coronavirus should be handled more seriously than the APC viruses.

So, while other world leaders were talking to their citizens about coronavirus, Dr. Tinubu’s diagnosis prompted the presidential intervention into the malady caused by the more deadly ‘2023 virus.’

Nigerians may now wonder whether it was the seriousness with which the president regarded the APC viruses that distracted him from addressing Nigerians on the global coronavirus pandemic or visiting the victims of the Abule Ado explosion.

BREAKING: Italian who brought coronavirus to Nigeria discharged from hospital