Documents have emerged to counter the false claim by a staff of Nigerian National Petroleum Corporation Limited, Asabe Waziri, over the purchase of N130m.

According to a judgement of Justice Othman Musa of a High Court of Justice of the Federal Capital Territory, sitting in Apo, in suit no. FCT/HC/CV/2435/2021, the court ordered Abeh Signature Limited, the property developer to take possession of the property after the company filed a suit against Ms Waziri, alleging breach of contract sales agreement.

Contrary to allegation by Asabe Waziri that Mr Cecil Osakwe, the Managing Director of Abeh Signature Limited is holding unto her money after the court ‘s judgement, Mr Osakwe, through his lawyer, Mr Victor Giwa, said a cheque of N150m was immediately issued in her name.

Copies of the cheques were made available to our correspondent.

According to Ms Waziri, she entered into a contract to purchase two flats at Abeh Signature Apartments in Maitama but failed to meet the contractual agreements.

Abeh Signature Limited had dragged Ms Waziri before the court alleging breach of contract agreement on the part of Waziri in the purchase of the apartments.

Justice Musa of the court entered judgment in favour of the applicant as follows:

“That having regard to sections 1, 14 and 15 of the Money laundering (Prohibition) Act and other relevant laws, the various payments made vide cash and sundry bank transfers made by the Defendant in favour of the claimant in respect of the contract for the purchase of two flats at Abeh Court is illegal and contrary to the aforementioned provisions of the money laundering laws.

“That in view of the way and manner or mods of payments employed by the Defendant on the purchase of the two flats at Abeh Court belonging to the Claimant, same has rendered the contract for the purchase of the properties void for violating money laundering laws.

“That the Claimant was right in terminating the contract it had with the Defendant for the purchase of the two flats at Abeh Court and offering a refund of the money paid so far for being
void due te the contravention of the Money Laundering Prohibition Act.

“That In view of tne termination of the contract for the purchase of the two flats at Abeh Court by the Claimant, the Defendant can no longer claim or exercise ownership over the said two flats.

Also, Asabe Waziri had accused Abeh Signatures of electricity theft but document made available to our correspondents revealed that the allegation was a a smear campaign to intimidate and harass Mr Osakwe.

Documents for the payment of electricity bills were also sighted by our correspondent.

Contrary to claims by Ms Waziri, menies were paid for the consumption of electricity in the apartments. 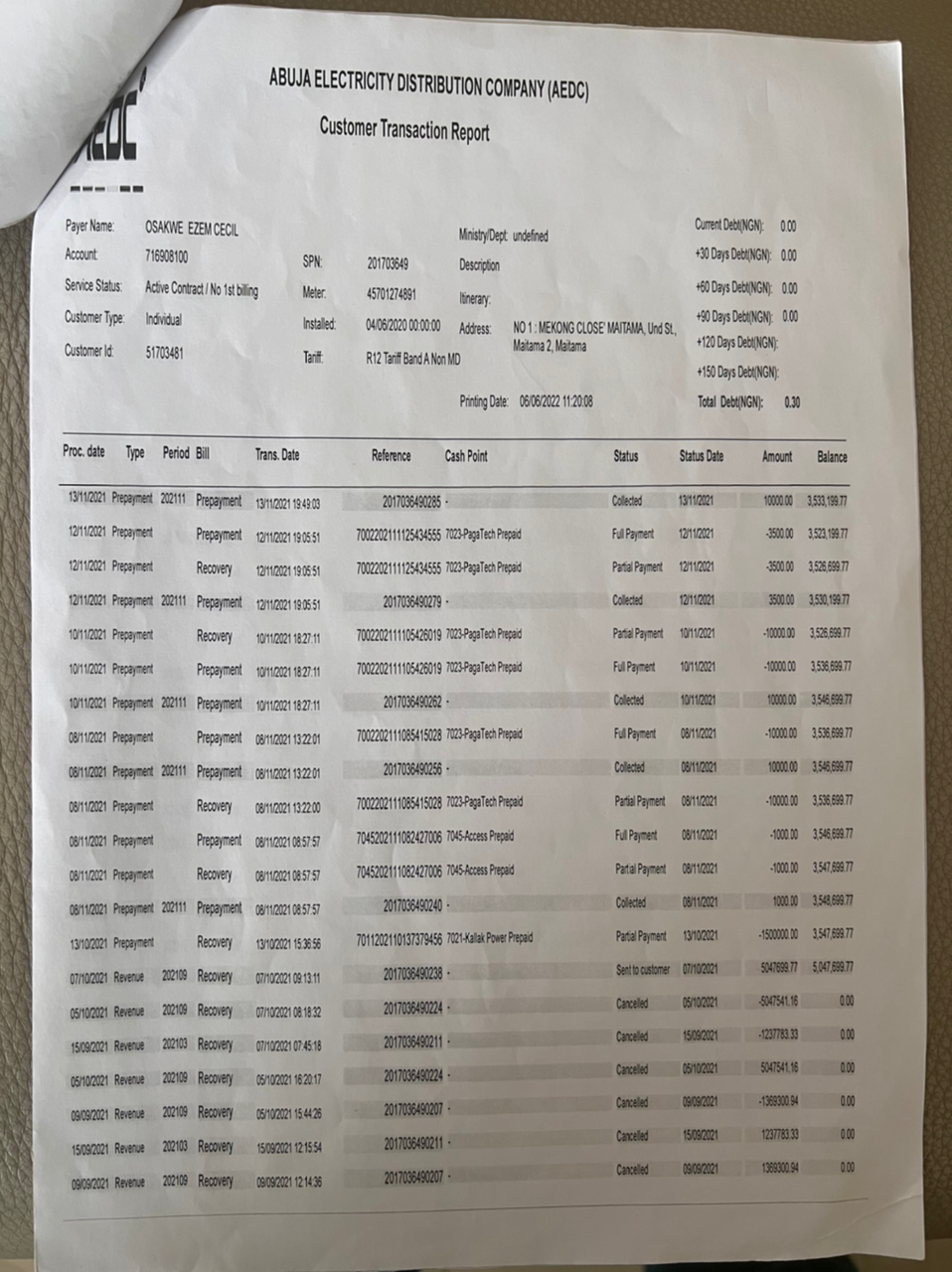 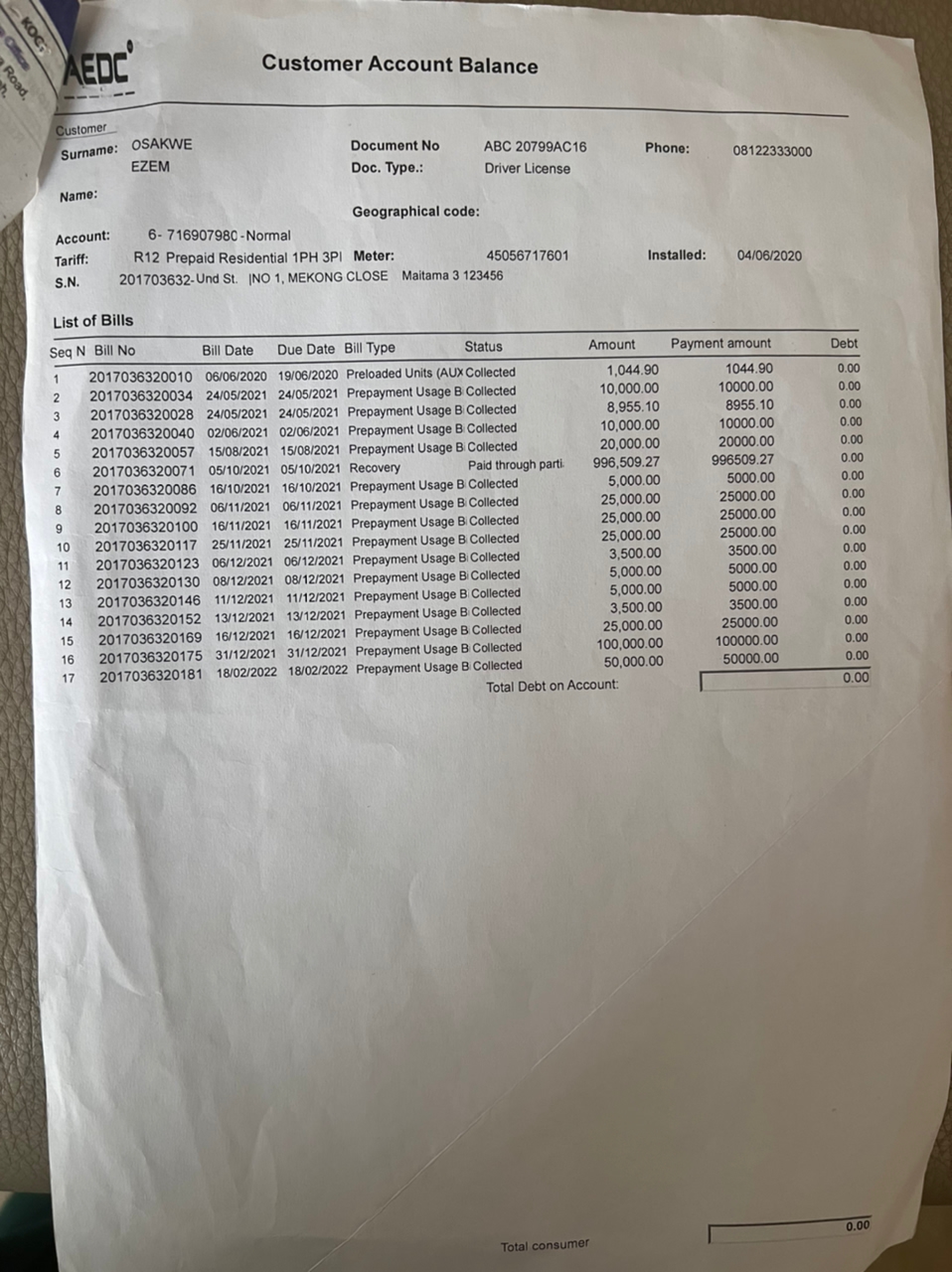 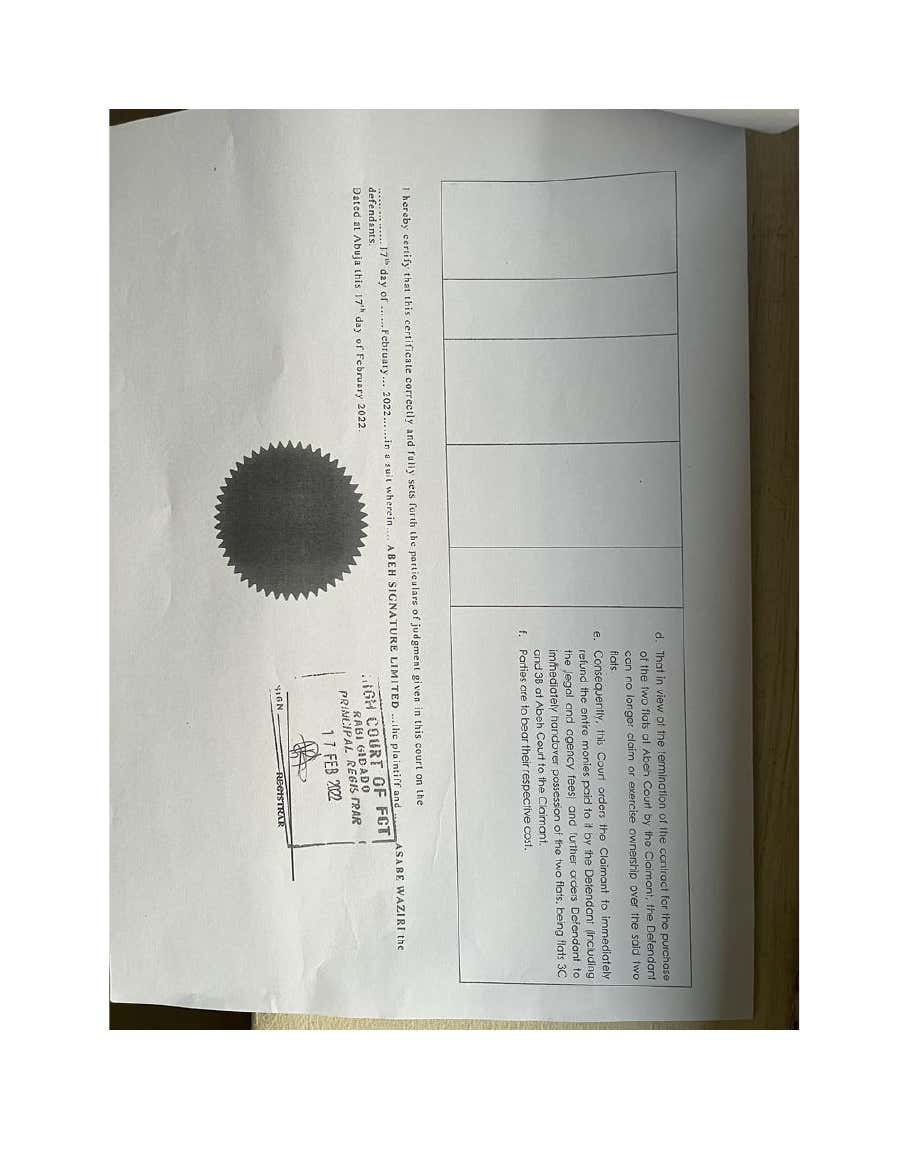 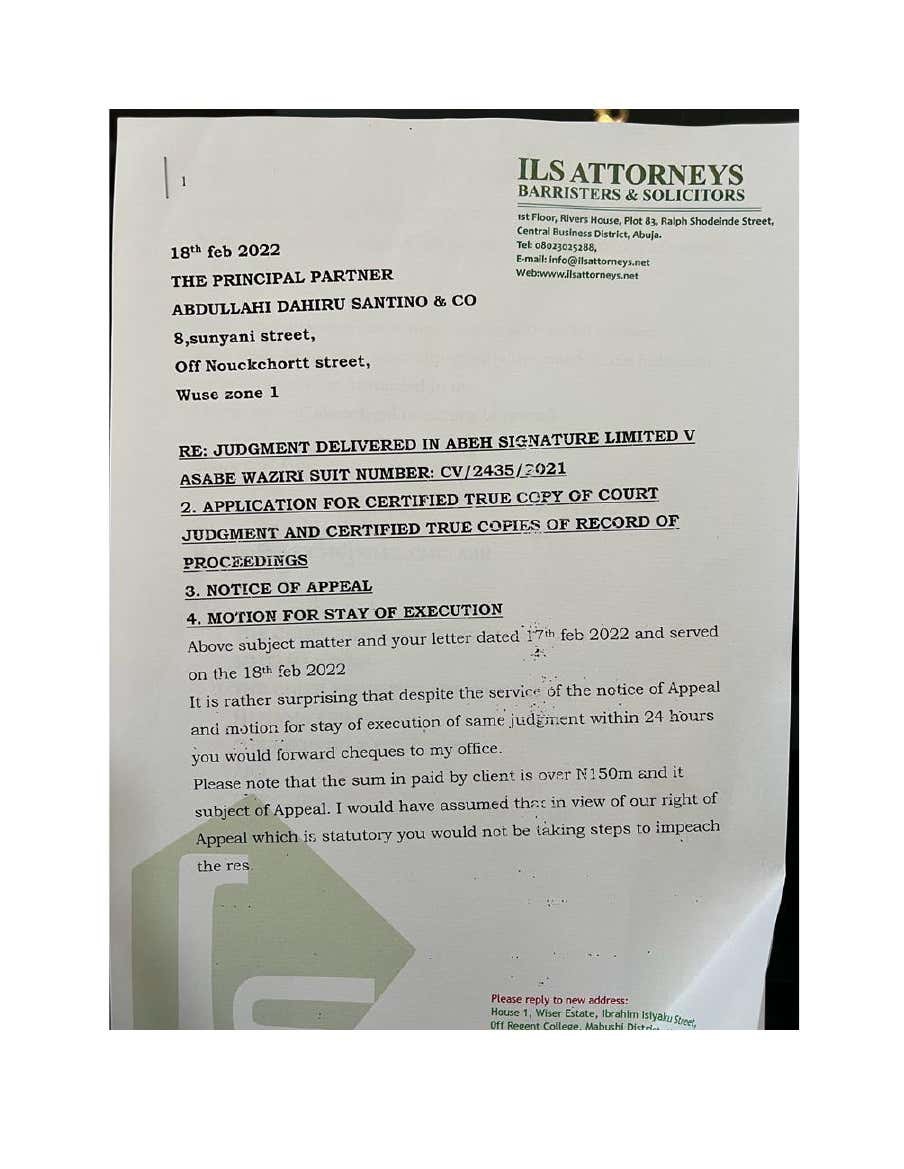 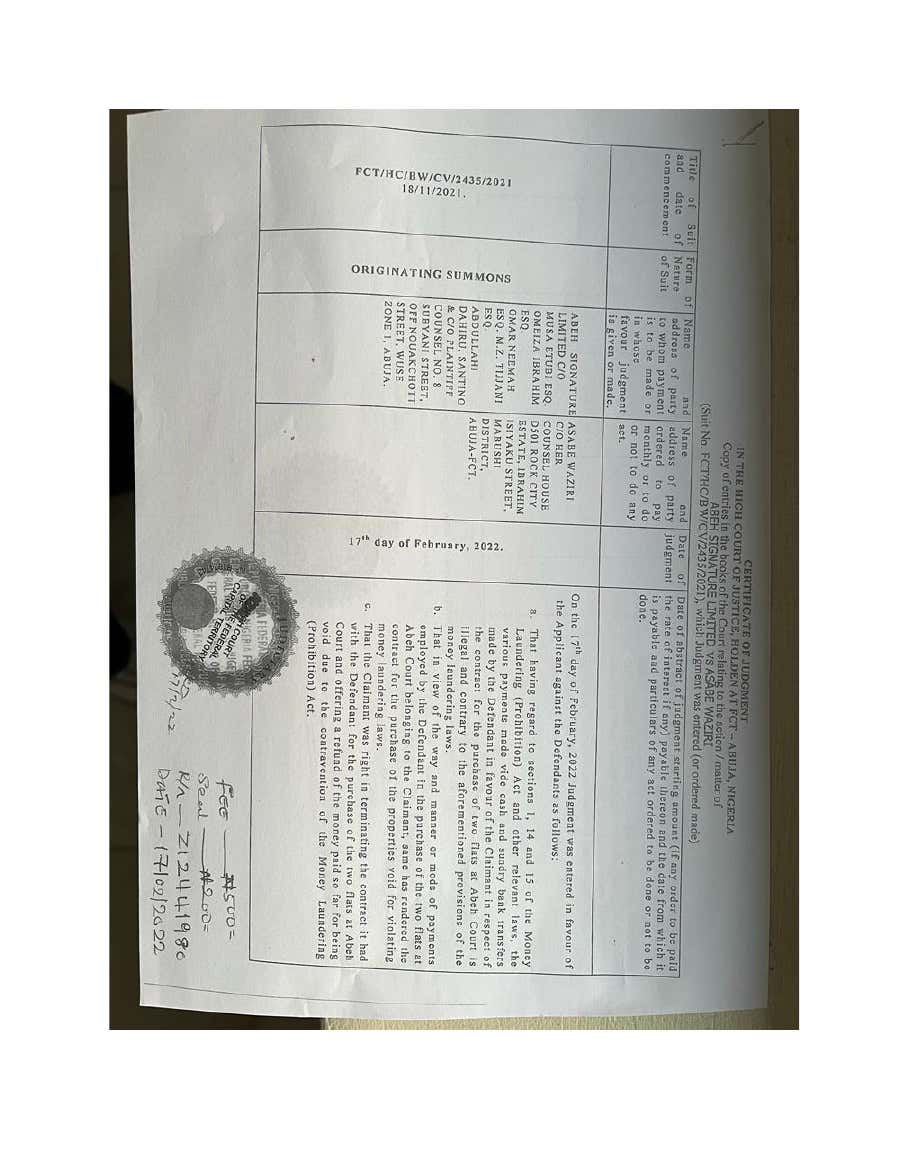 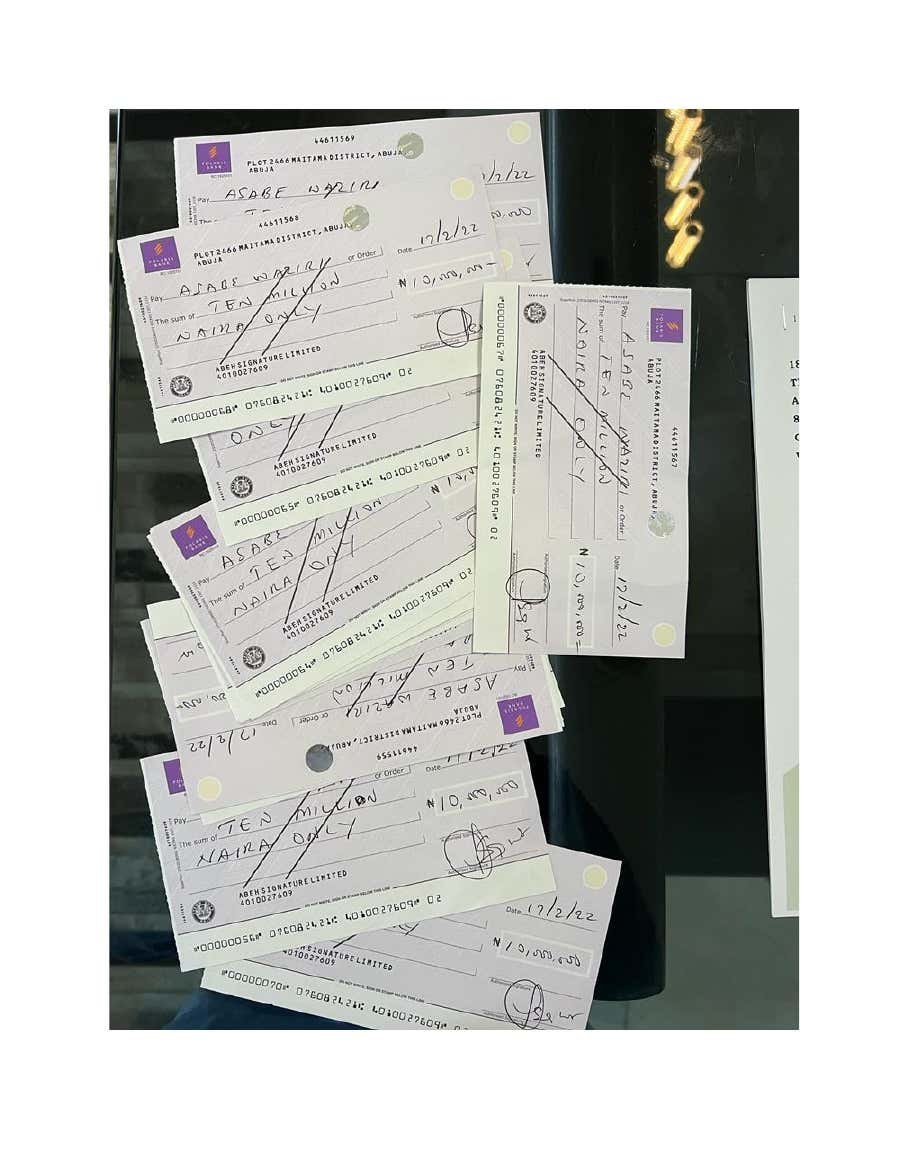 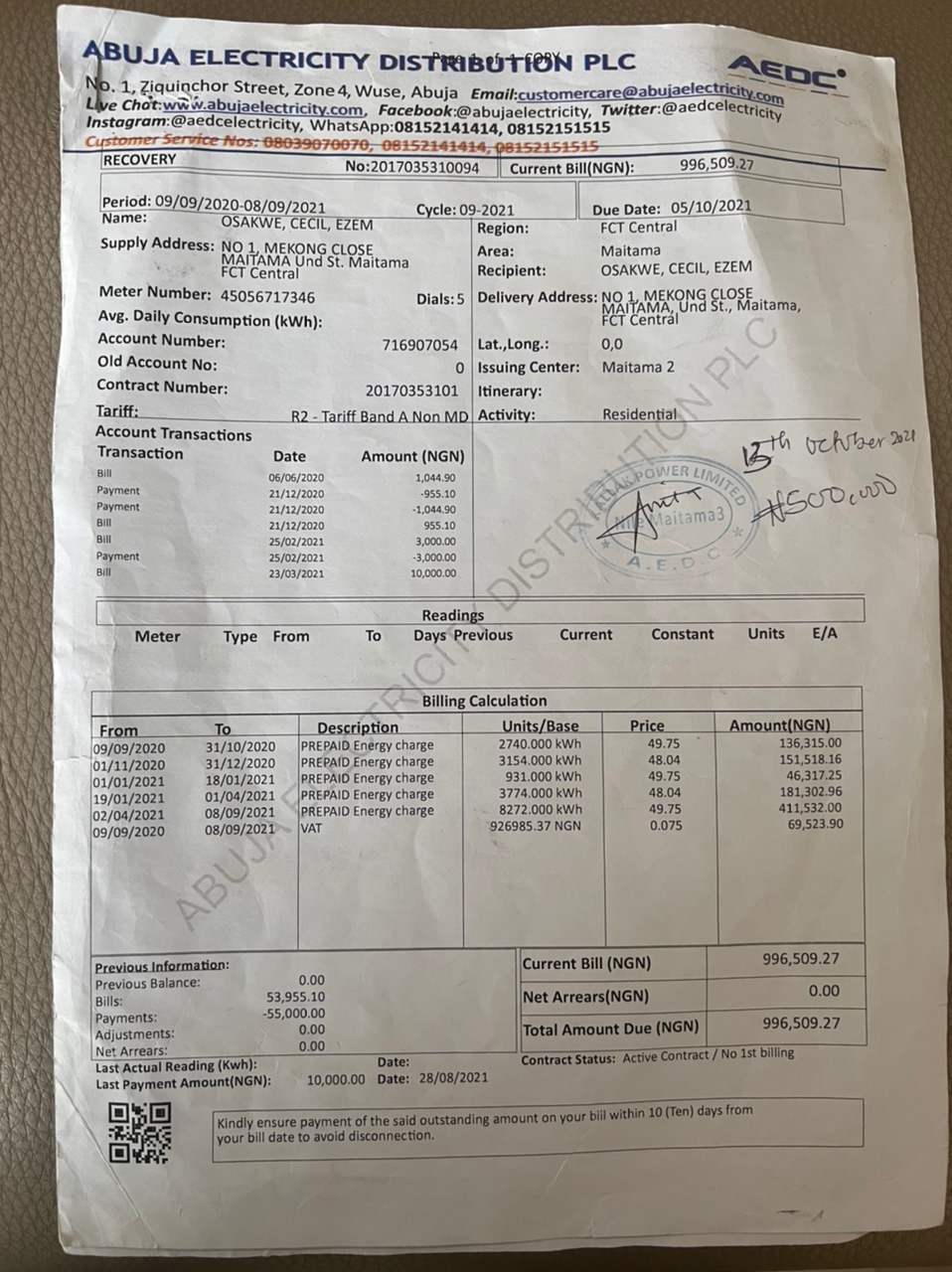 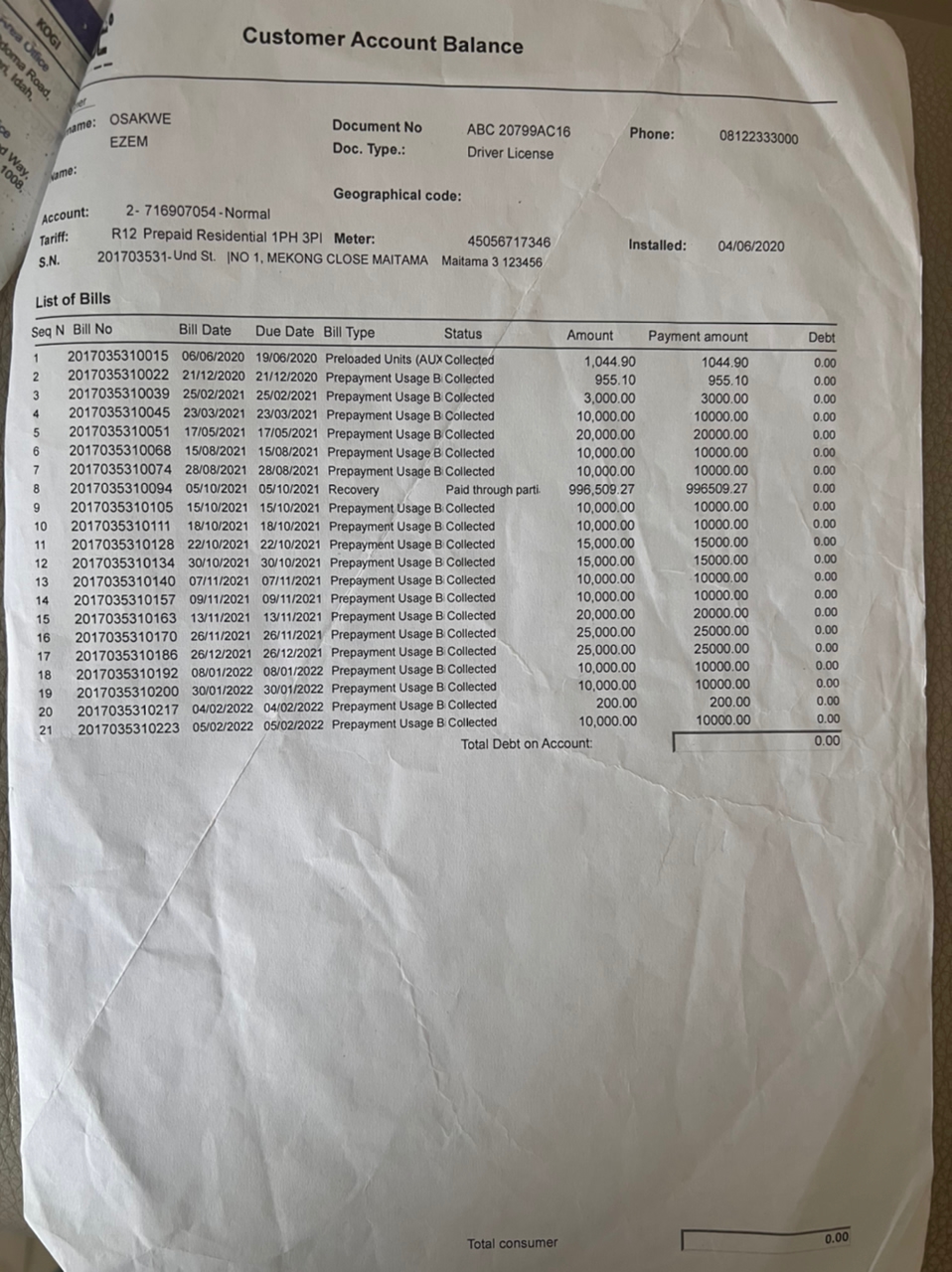 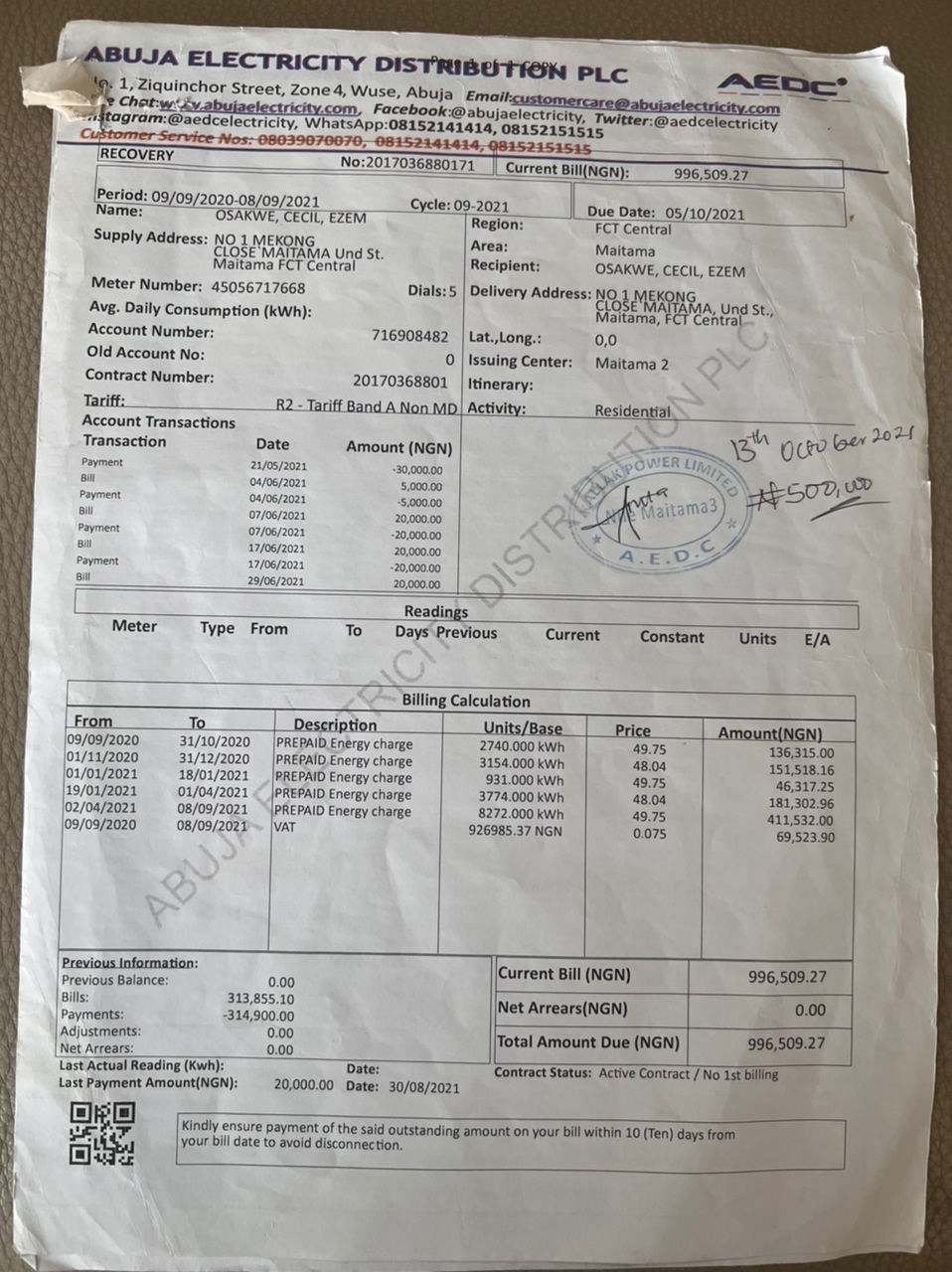 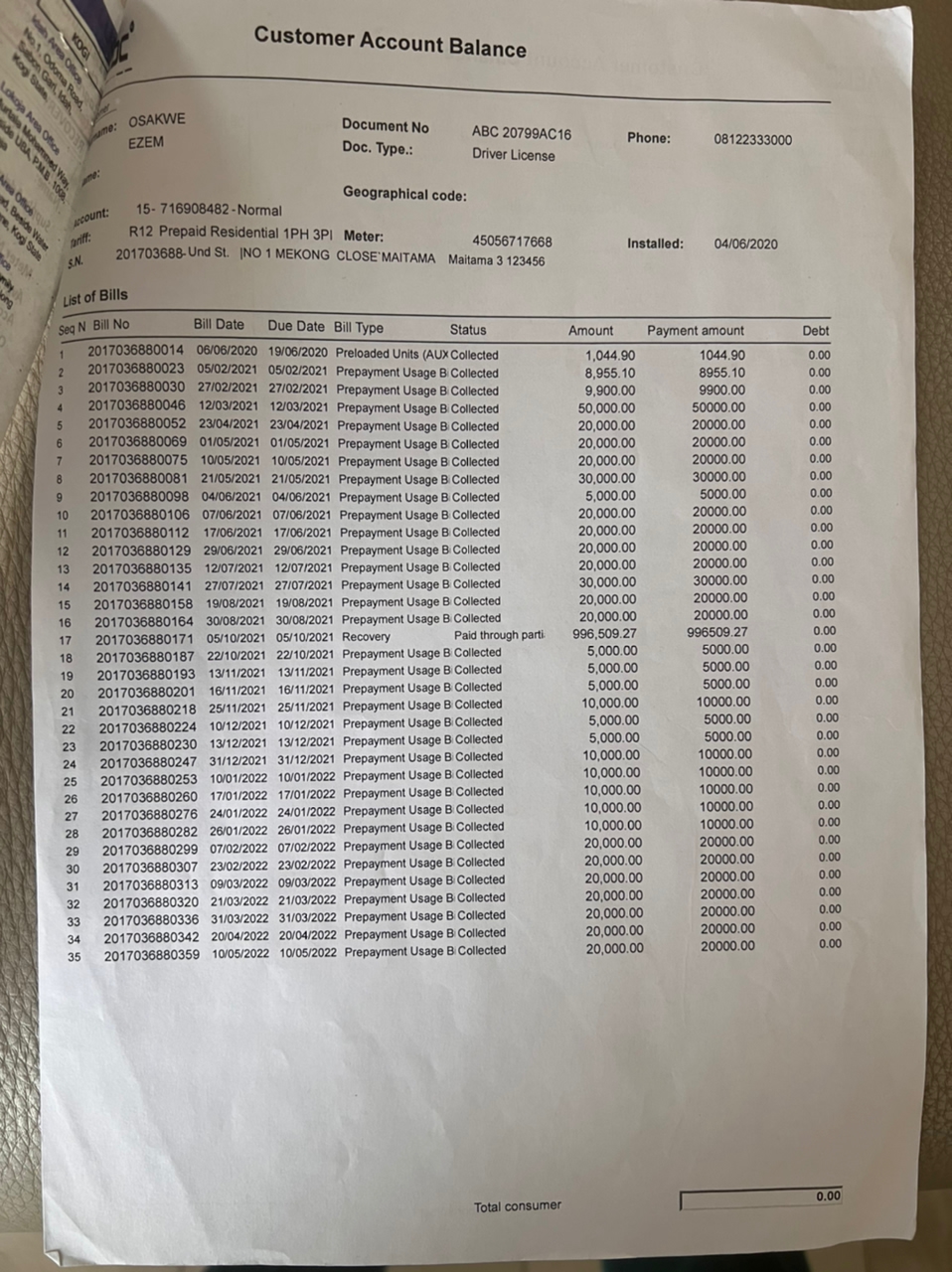 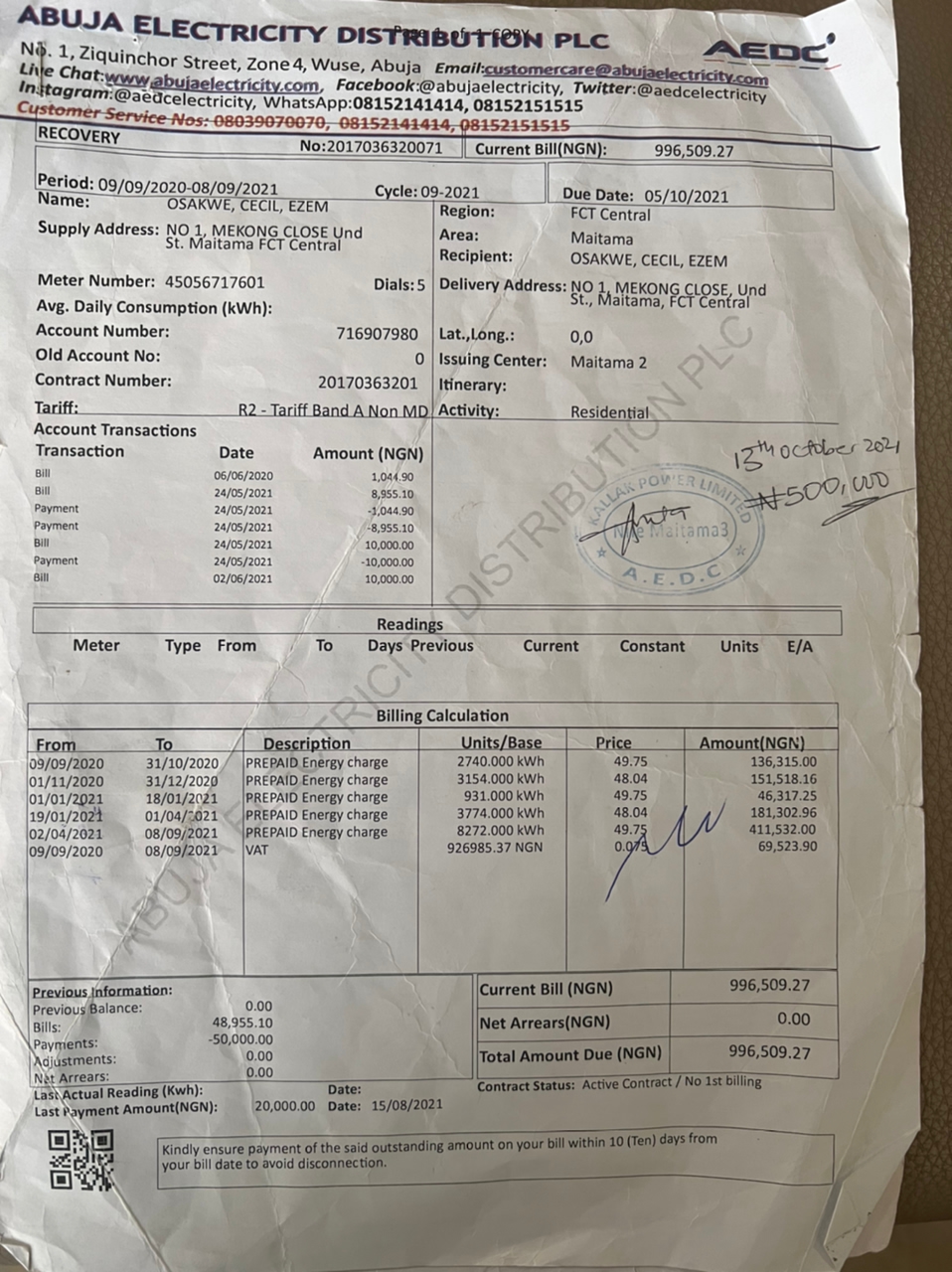 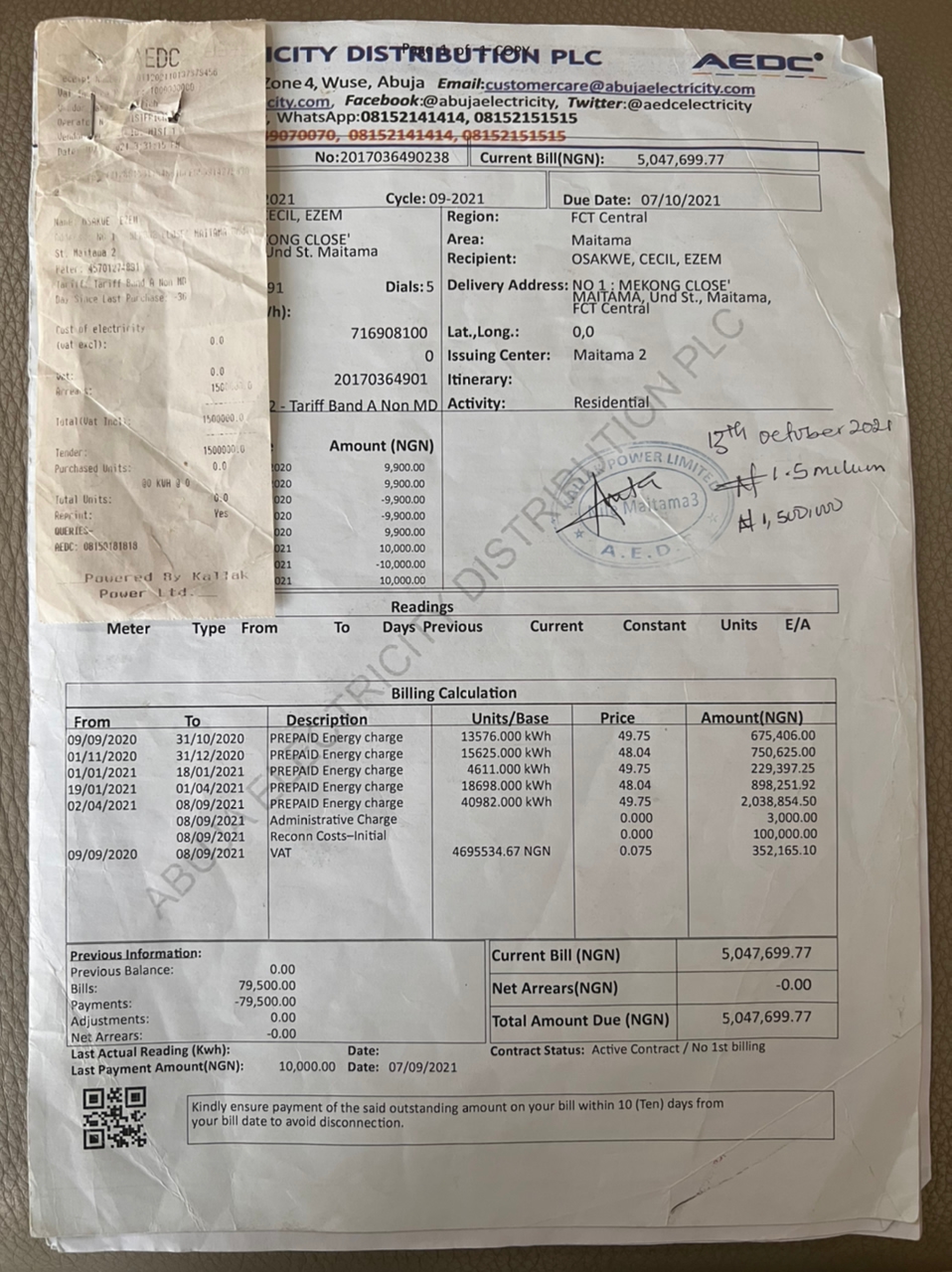 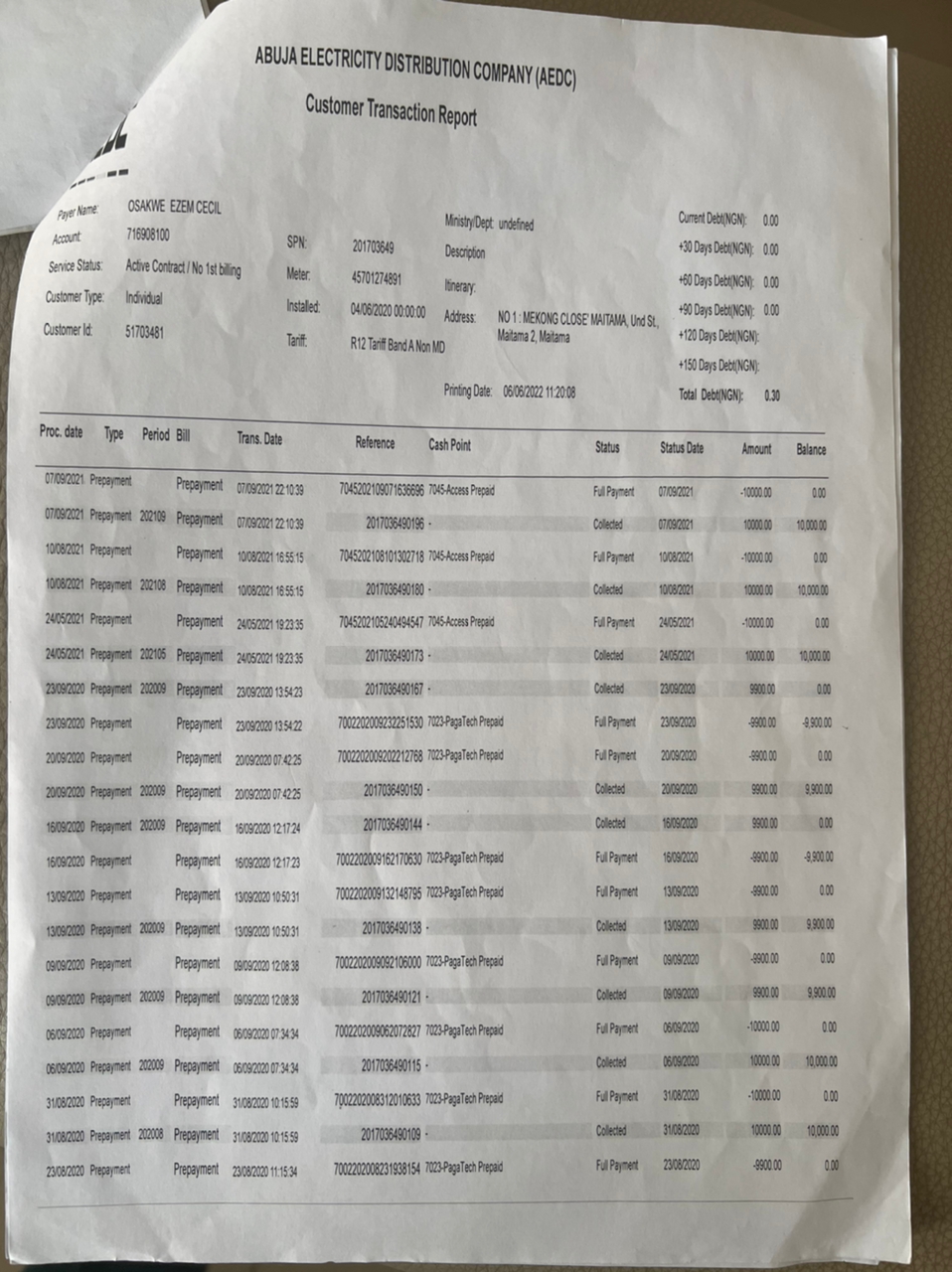 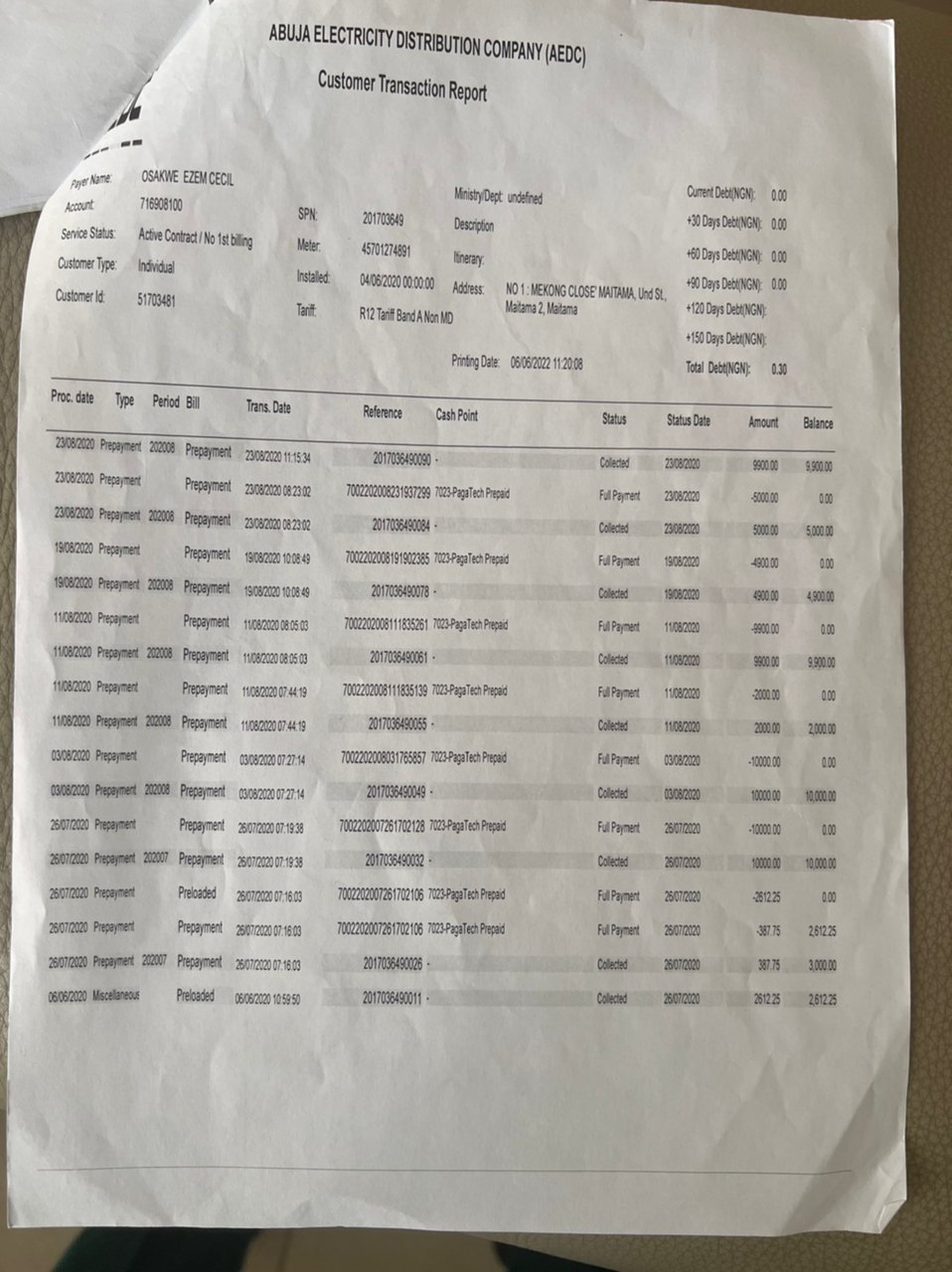