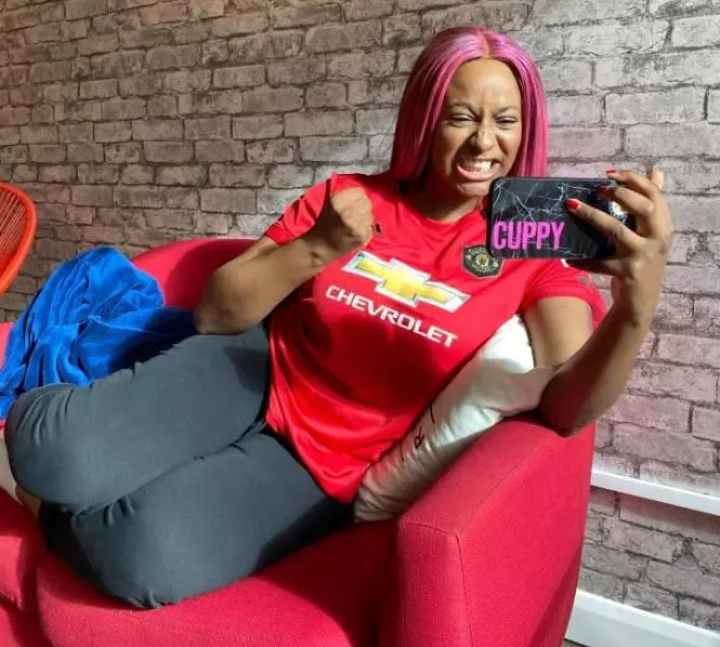 It should be recalled that few weeks ago, the female DJ took to social media to withdraw her membership from Arsenal‘s fan base amid tears and disappointment 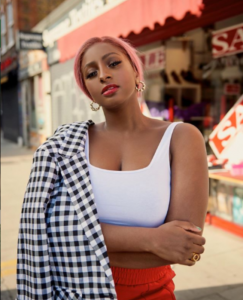 Cuppy subsequently became a Manchester United fan, got officially welcomed by the club and received a free signed jersey from Ighalo.

Following her departure from the club, Arsenal immediately and surprisingly returned to her winning ways and Nigerian Gunners kept trolling her on twitter for being Arsenal’s problem.

However, yesterday being Sunday July 11, Arsenal locked horns with the Spurs but the outcome was a catastrophic and humiliating one for the Gunners.

Lacazette scored a shocking opener at the 16th minute, Tottenham’s Son Heung-Min succeeded in striking an equalizer just 3 minutes later, forcing the first half of the game to end at a draw knot.

The second half of the game got heated as no club wanted to concede more goals but Alderweireld gave Tottenham victory after he found his way into Arsenal’s net thereby leaving the Gunners with a 2-1 defeat.

DJ Cuppy then took to Twitter to mock the club and their fans, asking them “How Far?” 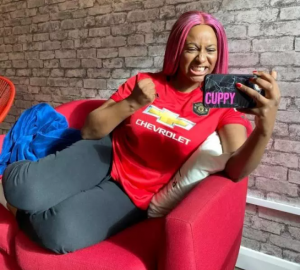 Mocking Arsenal fans on twitter in series of tweets, Cuppy tweeted; “Oobi to all those Arsenal fans that said Cuppy was the Bad Luck. You see ya sef?”

Refer to more tweets below; 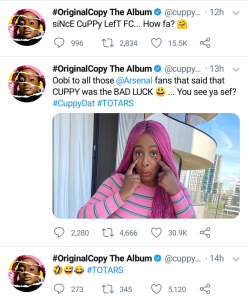 Nevertheless, even as DJ Cuppy mocks her ex-club, some Gunners still took to her reply section to insist that she was a “bad luck” to Arsenal.

Pregnant YouTube Star, Nicole Thea Dies Along With Her Unborn Baby Few Weeks To Her Due Date