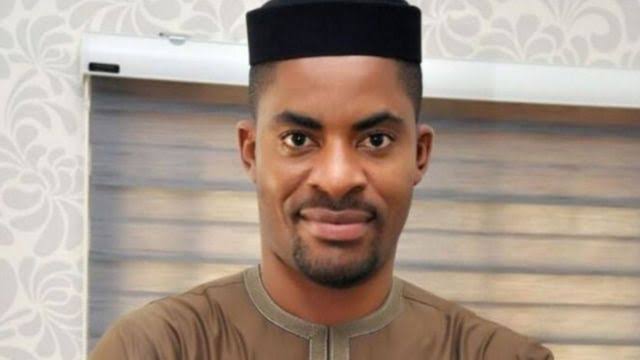 Prince Deji Adeyanju, the convener of the Concerned Nigerians pro-democracy, good governance, and human rights party, has written to President Muhammadu Buhari’s Chief of Staff, Professor Ibrahim Gambari, urging him to urge the president to fire the minister of communication, Isa Pantami, for his alleged sympathy comments on terrorist groups.

“It has become untenable to retain him as a Minister of the Federal Republic of Nigeria,” Adeyanju wrote in the note. It is in Nigeria’s best interests to sack him, as his continued presence in office would damage the country’s reputation in the international community.”

He called the attention of the Buhari-led government to the cases of “former Minister of Finance, Kemi Adeosun, and former Secretary to the Government of the Federation, Babachir Lawal, both Christians,” who he said were summarily fired after being accused of wrongdoing.

“Pantami’s situation should not be different,” Adeyanju said.

“The Chief of Staff to the President

The above subject matters refers.

We write to you, in your capacity as the gatekeeper to the Commander-in-Chief of the Federal Republic of Nigeria to advise the president to sack the Minister of Communications, Sheik Isa Pantami who is alleged to be a sympathizer of several terrorist groups like Al-Qaeda and the Talibans. Sheik Pantami’s response to public outcry confirms all the allegations to be true. It is noteworthy that even in the so-called apology, Mr. Pantami, did not renounce his past views. It has become untenable to continue to keep him as a Minister of the Federal Republic of Nigeria. It is in the best interest of Nigeria to sack him, as his continuous stay in office will affect the image of the country negatively before the international community.

You will recall that many critics of the president had alleged from the inception of his administration of his plans to Islamize the country. As an experienced diplomat, we believe you are in the best position to advise the president on this matter. Many citizens have said the president will never sack the embattled minister because of his closeness to him on religious grounds but we hope you can convince him to do the right thing. The implication of keeping Sheik Pantami in office is that many nations of the world will become reluctant to share vital security information with Nigeria. We make bold to say that Mr. Pantami will not remain a minister even in Saudi Arabia after openly admitting to supporting terrorist groups in the past.

We wish to remind you that when former Minister of Finance, Kemi Adeosun and former Secretary to the Government of the Federation, Babachir Lawal, both Christians were alleged of wrongdoing, they were sacked. Pantami’s situation should not be different. It is also rumored that the reason Mr. Pantami may not be sacked is because he is one of the president’s spiritual advisers. People like Mr. Pantami should not be close to the seat of power in a multi religious nation such as ours because of their extremist views. Our response to those who say these men may have had a change of heart is that terrorists don’t repent, they are only looking for an opportunity to get close to power so they can strike harder.