The funeral on Wednesday of Che Lewis and Adlay Lewis, the father and son who were killed on November 14, garnered massive attention as videos of Che Lewis, 29, being transported to the chapel in a chair at the back of the hearse began circulating on social media.

They showed the dead man sitting on the back of a “convertible” hearse – a hearse with the top of the tray cut off – as he was transported along Belmont Circular Road in Port of Spain.

Another video followed Lewis as his body was driven around the Queen’s Park Savannah.

The body was put to sit in a chair at the entrance of a church in Diego Martin. The service was arranged by Dennie’s Funeral Home.

The body was being being viewed by relatives at the service, and on a live video on the funeral home’s Facebook page. 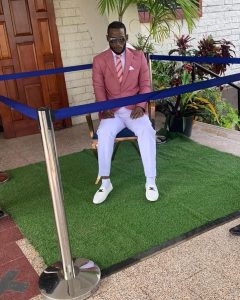 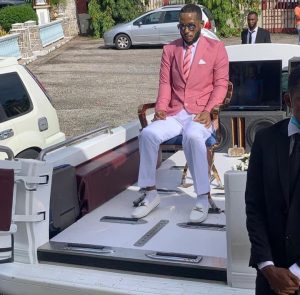 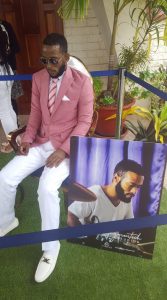 JUST IN: Court Sentences House of Rep Member To Prison