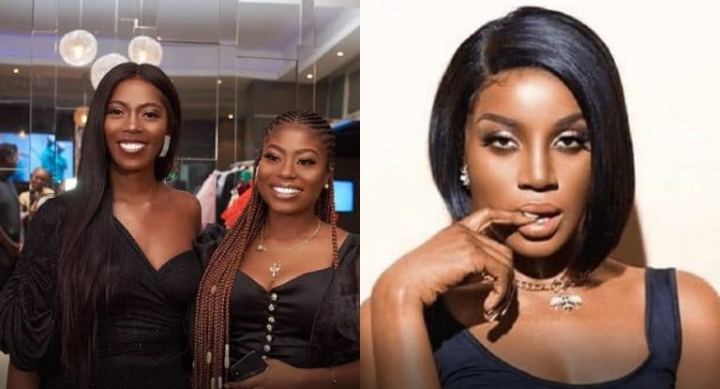 Sophia Momodu, Davido’s baby mom, has expressed her support for superstar singer Tiwa Savage in the midst of her feud with Seyi Shay.

This follows the release of a video of Tiwa Savage and Seyi Shay exchanging words in public on social media.

According to Tiwa, Seyi said hello to her at the saloon, which made her uncomfortable. Seyi had said unpleasant things about her two years ago, prompting her to block her on social media.

Sophia used her snapchat to praise Tiwa for embarrassing Seyi in public. She posted a photo of Tiwa with the caption

First name Tiwa… Last name Savage”See some of the reactions Sophia got; 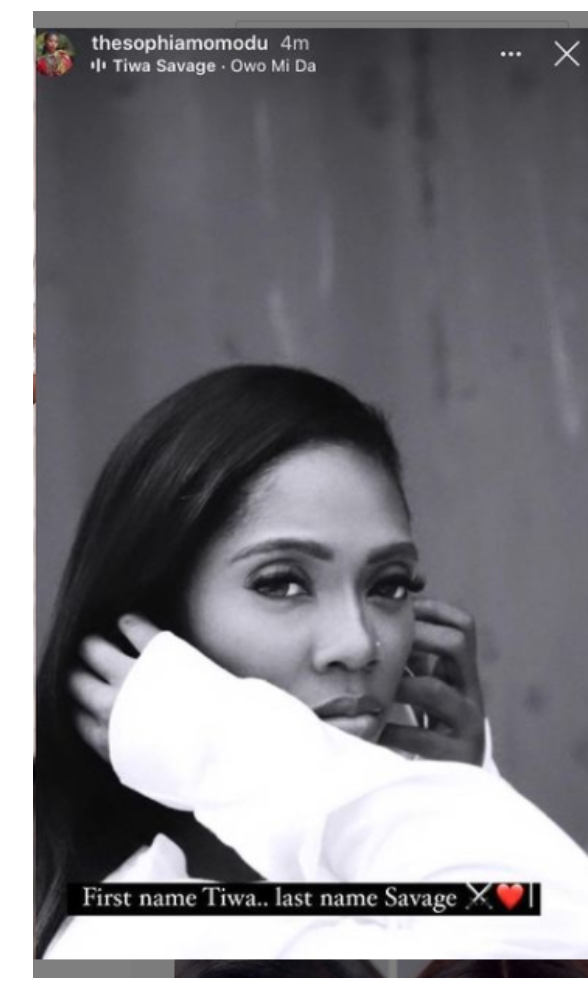 @feyidaminiola wrote “Leave Sophie alone o, when those two finish their fight now, na she go use her head carry am”

@mees_ramy wrote “I respect #sophia# always you come for her friend you come for her…….. she’s always stoping her real friends and that’s how we should all roll…… my friend enemy is my enemy.”

@spicyesse44 wrote “Tiwa na her inlaw,so her support is legitimate”