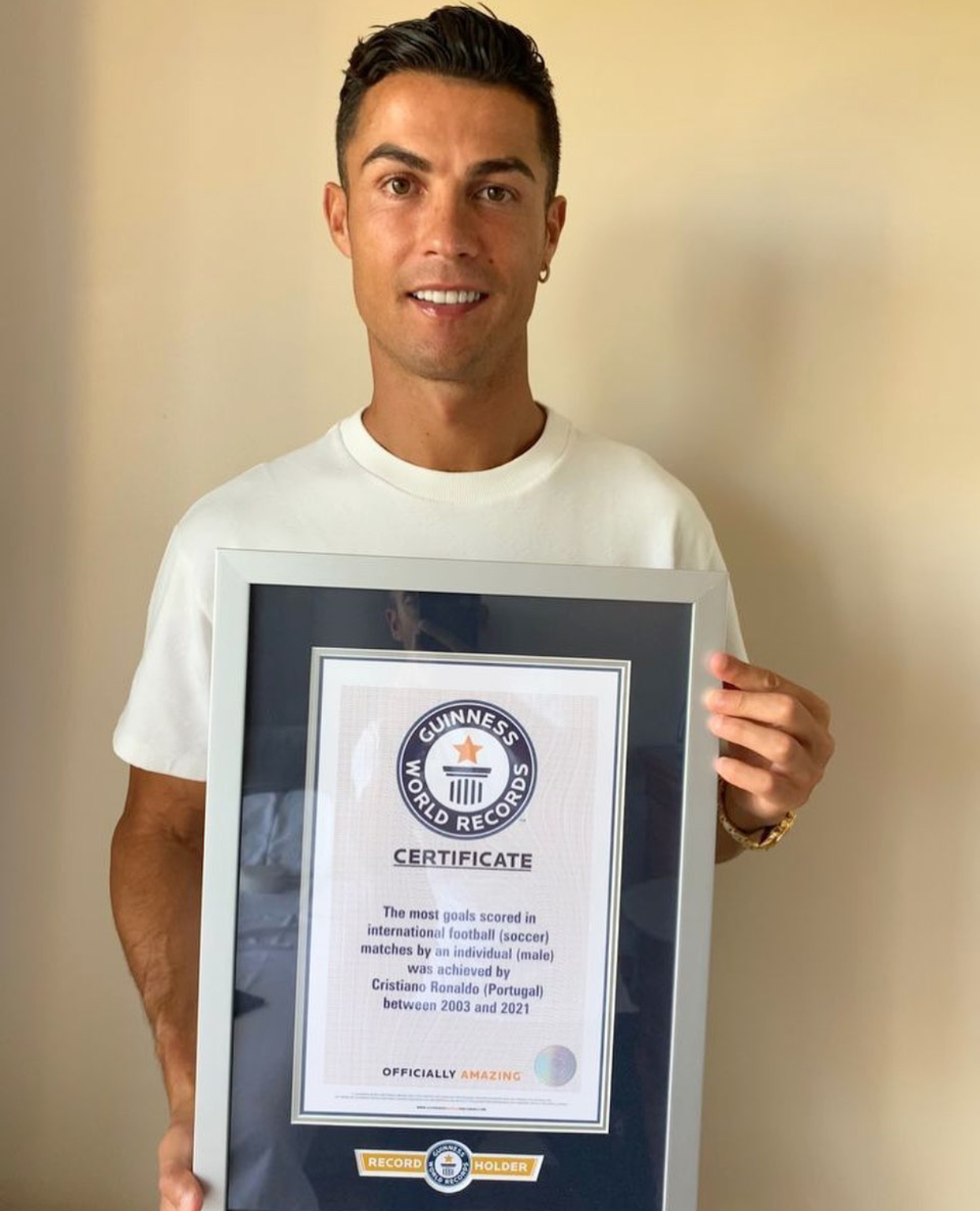 Ronaldo scored a brace in Portugal’s 2-1 victory over Ireland on Wednesday.

Before the game, the 36-year-old was tied for 109 goals with Ali Daei of Iran.

Ronaldo had an opportunity to break the record earlier in the game, but his penalty was saved.

On Friday, Ronaldo turned to Instagram to share a photo of himself with the Guinness World Record certificate certifying his newest achievement.

He wrote: “Thank you to the Guiness (sic) World Records. Always good to be recognised as a world record breaker. Let’s keep trying to set the numbers even higher!”

Daei took to social media to praise Ronaldo’s achievement in breaking his record, hailing the Portugal captain’s “humility and kindness”.

2022 World Cup: Teslim Balogun Stadium Gets New Appearance Ahead Of Nigeria vs Liberia