Presidential candidate of the All Progressives Congress (APC), Asiwaju Bola Ahmed Tinubu, yesterday, held a strategy meeting with the party’s governorship and National Assembly candidates in Abuja ahead of the upcoming general election. 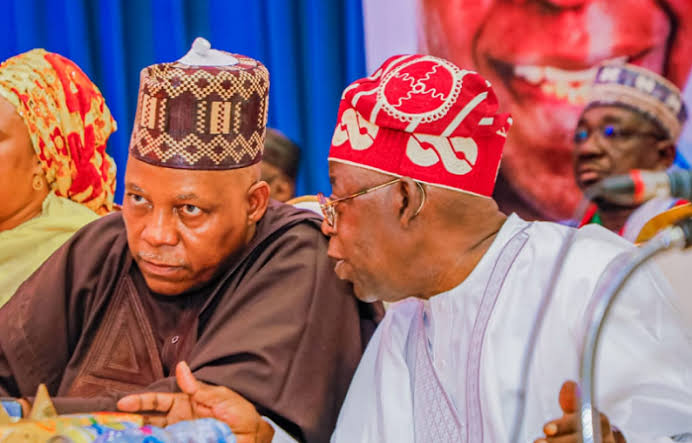 The meeting, coordinated by the Tinubu-Shettima Presidential Campaign Council (PCC), lasted for more than three hours.

It was, however, learnt that the resolution to operate with only the list of candidates from the Independent National Electoral Commission (INEC), rather than the one from the party’s national leadership, has thrown up fresh crisis in the party given the insistence of the leadership in some states on the use of their lists.

Speaking to newsmen after the meeting, Secretary to the campaign council, James Faleke, said the party would work only with the list with INEC in view of cases of multiple candidates in some states which has plunged the party into crisis in the affected states.

“We have some candidates being challenged by other aspirants while others have court judgement, but as far as INEC list is concern, we are going to work with the INEC list. We are not dealing with party list this time around. We already have the INEC list in our custody. We have cases of someone winning at Court of Appeal but the loser who appealed to Supreme Court wants us to stay action because of the appeal. But, we have told them that the law does not operate that way. We have made it clear to them that the law says that the man with substantive judgement is allowed.”

He described the relationship meeting between the candidates and the PCCs as smooth and also debunked rumours of frosty relationship between Tinubu and APC governors.

“From our interactions with the candidates, I can assure Nigerians that we are winning this election. As for the challenges facing them that they relayed to us, I want to say that they are internal issues we are going to handle internally. Asiwaju has fantastic relationships with the governors. Nobody should listen to those lies. If they are bold enough, let them open up on the frosty relationship. They are the ones that have problems like the G-5, G-2, G-1. Let them also be thinking that we are facing problem of funds.”

Speaking earlier during the meeting, Tinubu who said he had been eager to meet with the party’s candidates, urged them to ensure they do not disappoint members who elected them to fly the party’s tickets at the polls.

“I am pleased to meet with you today because in you I see our party’s hope and path to success. In you I see the hope of historic national progress as well. As so often in life, victory is not a cause for rest or celebration. It is a call to a greater challenge and harder toil. Thus, you all have won the primaries but now must climb the higher mountain called the general elections. We formed the APC, not just to be another political party. We formed it as a champion of the people to rescue democracy from the ravages of the PDP who boasted of ruling the nation for 60 years,” he said.