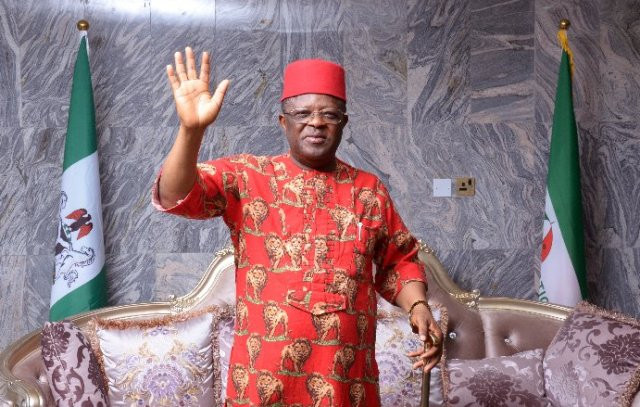 Governor Dave Umahi of Ebonyi state has officially defected from the Peoples Democratic Party (PDP) to the All Progressives Congress (APC).

Reports of the governor planning to defect to the ruling party have been rife online for some days.

The governor today put paid to all the rumors as he formally announced his defection.

At a press conference in Abakaliki, the state capital, Governor Umahi confirmed he has joined the ruling party. He hinged his defection on what he described on the ”injustice” done to the south-east by the PDP since 1998.

“Let me clear the air and state that I never sort for the ticket of PDP Presidency and I will not. Whoever that said that I moved to APC because they refused to zone the ticket to me is being very mischievous. Because even if PDP promises me, an individual a presidential ticket, how does it work?

It is expected that we’ll over 8000 delegates would elect the person and such promise can not happen without more than 10 or 20 people. People are being very mischievous but I tell you, there are a lot of prominent people from South East that can take the slot of PDP.