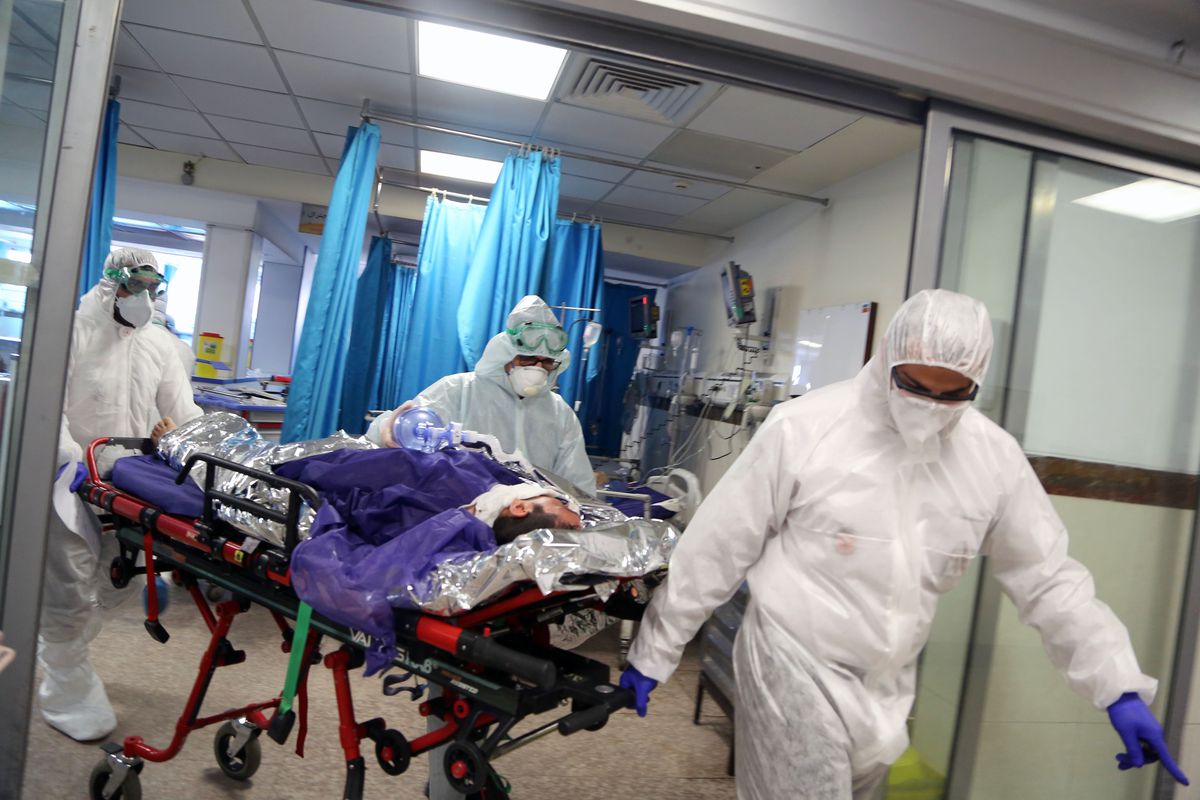 The number of confirmed Covid-19 cases across Nigeria has risen to 40, the Nigeria Centre for Disease Control (NCDC) disclosed early Tuesday, after four new cases were diagnosed late on Monday.

The new cases were reported on the health agency’s situation report dashboard and its Twitter handle, @NCDCgov.

Two of the four cases were confirmed in travellers who just returned to the country.

Of the 40 cases, 28 had travel history to high-risk countries in the last two weeks.

A breakdown of the current cases shows that three of the cases were diagnosed in Lagos State and one in Abuja.

“As at 11:00pm on the 23rd of March, there are 40 confirmed cases of COVID19 in Nigeria. Two have been discharged with one death recorded,” the NCDC said.

With the newest update, Lagos has so far reported 28 cases of the virus, FCT – 7, Ogun – 2, while Oyo, Ekiti, and Edo states have one case each.

So far, a breakdown of cases by states in real time, shows that 37 cases are active, two have been discharged and one death reported.

Four new cases of #COVID19 have been confirmed in Nigeria. 3 are in Lagos State and 1 in FCT

Two of these cases are returning travellers 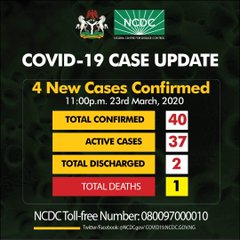 9,281 people are talking about this

Nigeria had reported the first death from Covid-19 on Monday. The patient was a Nigerian who had underlying illnesses and died due to complications in Abuja.

He recently returned from the United Kingdom.

As of Monday, most of the remaining 39 cases were clinically stable with mild symptoms and one patient being oxygen-dependent.

With the increasing number of confirmed cases in the country, the federal government has been putting in place some measures to contain the spread of Covid-19 in the country.

Some include the ban on all international flights effective from Monday, with the exception of emergency and essential flights.

Some states have also banned large gatherings, closed schools and some offices

The Minister of Health, Osagie Ehanire, had earlier lamented that most of the people who returned to Nigeria from high risk countries are part of the reasons why cases have been rising in the country.

He said most of them had not adhered to the directives to self isolate for 14 days after returning to Nigeria.

“The fight to contain COVID-19 is a call for collective action,” he said.

Mr Ehanire urged all Nigerians to take self-isolation and social distancing very seriously, to prevent the spread of the disease in Nigeria.

He added that people should ensure that they maintain at least two metres (5 feet) physical distance between themselves and anyone who is coughing or sneezing.