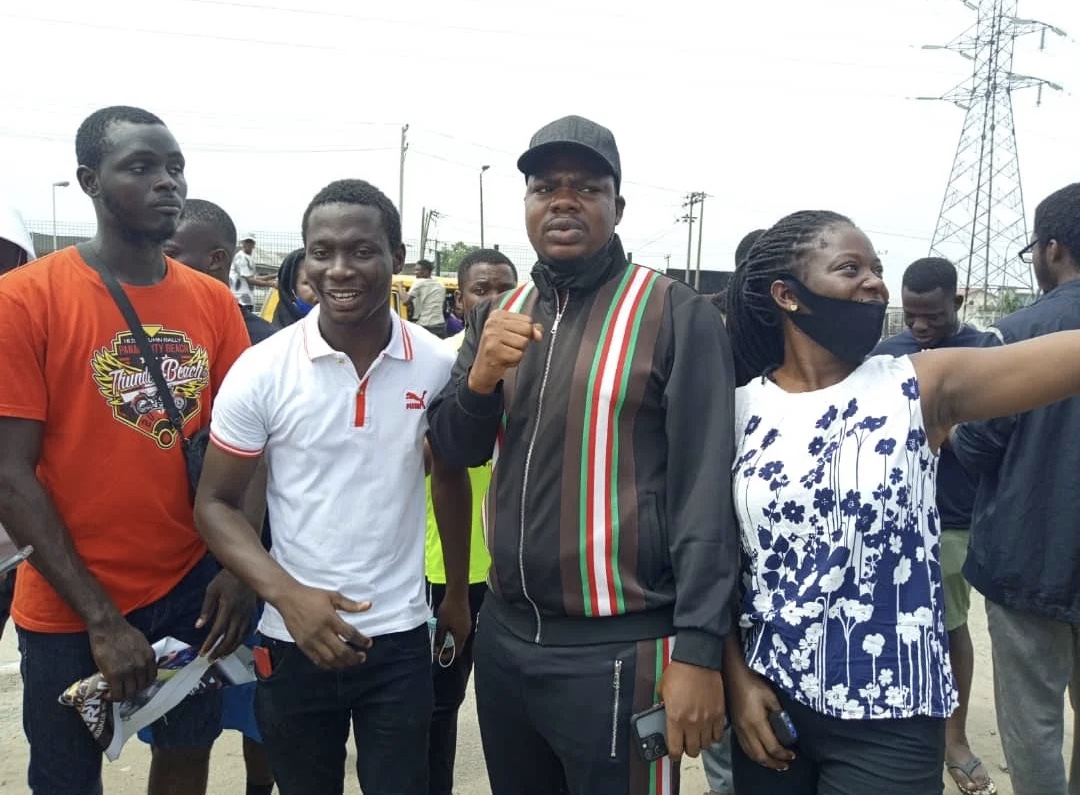 Mr Macaroni, a popular comedian, has joined demonstrators at Gani Fawehinmi Park in the Ojota region, the site of the June 12 protest in Lagos State, according to NEWS DIRECT.

The police had already dispersed the protesters by firing tear gas canisters and firing firearms into the air.

They gathered with placards in front of a motor park approved by the Lagos State Ministry of Transportation, screaming “Buhari must go” and demanding good governance and an end to the country’s insecurity.

Addressing journalists, Mr Macaroni wondered why the President, Major General Muhammadu Buhari (retd.), who contested presidential elections at least four times before he got to power, is the same person causing pains to Nigerians.

In February 2021, Mr Macaroni was arrested for protesting at the Lekki toll gate where he demanded that justice be served to the victims of the October 20 2020 #EndSARS protest at the toll plaza.