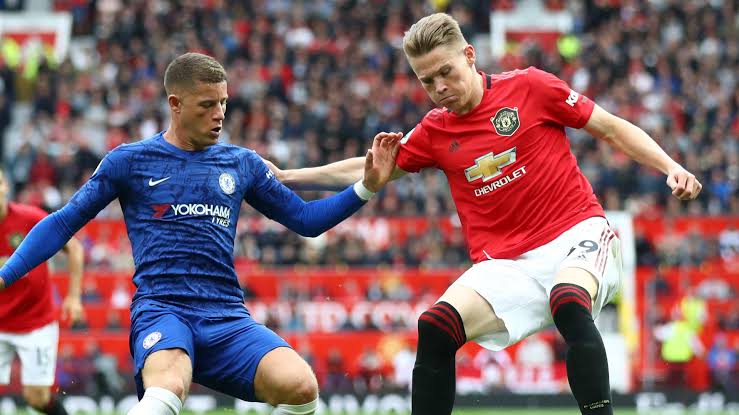 Manchester United and Chelsea have qualified for the Champions League following the final day of Premier League action.

Chelsea beat Wolves 2-0, while a 2-0 win was enough for Man United away to Leicester.

The Premier League season came to a close on Sunday, with a thrilling three-way scrap for the final two places in next season’s Champions League.

Going into the final day, Manchester United had the advantage, sitting in third place in the table, ahead of Chelsea on goal difference and one point better off than fifth-placed Leicester City.

A final day showdown between Leicester and Man Utd at the King Power Stadium saw Ole Gunnar Solskjaer’s side edge out the Foxes 2-0, while Chelsea beat Wolves 2-0.

They join Premier League champions Liverpool and Manchester City – who recently had their ban from European competition overturned – in next season’s Champions League.

Leicester have had to settle for the Europa League, where they’ll be joined by Tottenham Hotspur; Jose Mourinho’s side pipped Wolves to the second qualification spot on goal difference.

Wolves could still qualify for next season’s Europa League if Champions League-bound Chelsea beat Arsenal in the FA Cup Final.

Arsenal vs Chelsea: Mikel Arteta told to get rid of three players immediately