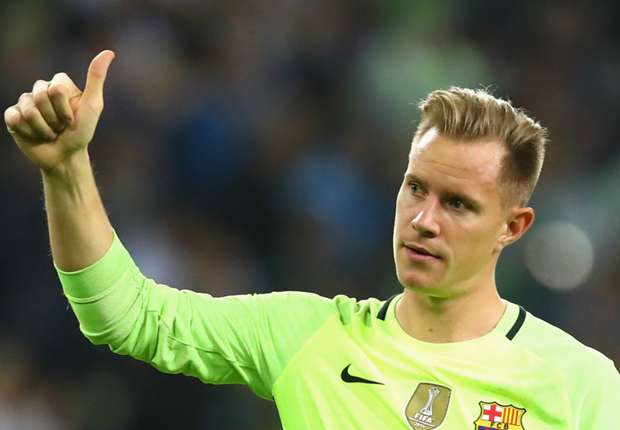 Barcelona goalkeeper, Marc-Andre Ter Stegen has named two clubs that can stop his side from winning this season’s Champions League.

Ter Stegen stated that Real Madrid and Atletico Madrid could stop Ernesto Valverde’s men from winning the trophy this season.

Barcelona were eliminated from the Champions League by Italian side, AS Roma last season but Ter Stegen believes both Real Madrid and Atletico Madrid are “dangerous” teams that can prevent the Catalan club from achieving their goal this season.

Speaking on teams that can stop Barcelona in the Champions League, Ter Stegen told Goal: “The elimination against Roma last season was extremely bitter for us, there was certainly more possibilities for us.

“To win the Champions League is our big goal this season. It’s important to keep this goal in mind. We still have a lot of hard games to play. The advantage is comfortable, but Real and Atletico are always dangerous.

“To defend well [is the key to winning the Champions League]. We have our strengths up front and are always good for scoring goals, but, especially in the knockout phase, it is important to concede as few goals as possible.

“And of course you have to be there at the right moment. Real did not play excellently last year, but they were there when it mattered. You have to pay them respect for that.”

Barcelona are currently competing at the last-16 stage of the competition and have a second leg tie against Lyon on March 13 at Camp Nou.