Governor Tambuwal is one of the front runners for the opposition People’s Democratic Party’s (PDP) presidential ticket for next year’s election, while Bagudu is the Chairman of the All Progressives Congress, APC, Governors Forum. 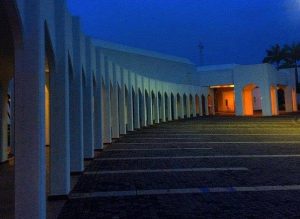 Presidency sources told Vanguard Newspapers that the President invited some governors that their states share borders with neighbouring countries.