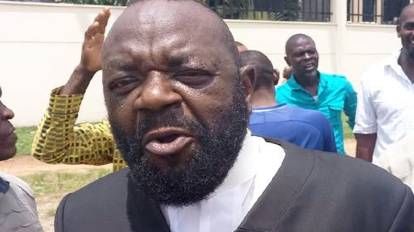 The Special Counsel to Nnamdi Kanu, the leader of the Indigenous People of Biafra, IPOB, Aloy Ejimakor, has outlined the next stages in the effort to liberate the Biafra agitator.

Kanu’s legal team, according to Ejimakor, would fight for his release from detention.

The lawyer expressed hope in a tweet that their next step will be successful.

According to Ejimakor: “To the multitudes asking me the way forward after the hearing yesterday, below is the answer:

“The very next step is to pursue the release of His Excellency from detention through the coordinated steps of the Legal Team in Nigeria & UK. We intend to succeed, sooner than later.”

This comes after the Department of State Services (DSS) failed to appear in court to present the IPOB leader.

The DSS was unable to bring Kanu to court due to logistical issues, according to the Nigerian government.

After being rearrested and returned from an unnamed African country, Kanu has being held by the DSS.