There is an uneasy calm in Agbaharansu community in the Ehime Mbano Local Government Area of Imo State following the alleged rape of a young girl to death by a suspected internet fraudster, popularly called Yahoo boy.

News Direct gathered that the girl, identified as one Amarach Iwunze, was invited over by one Ifeanyi Osuji a native of the same community on Saturday. 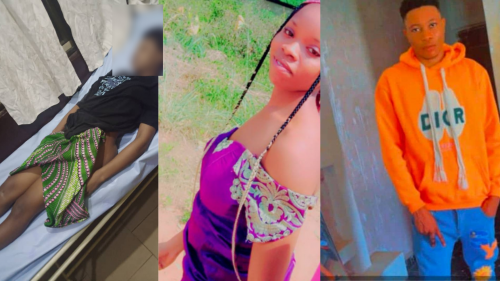 She was reportedly drugged by Osuji who then had carnal knowledge of her. Amarachi died early Sunday morning in Osuji’s house.

It was further gathered that immediately after the news got to the community, some youths burnt Osuji’s house after destroying his belongings.

A viral video seen by our reporters on Monday shows the rampaging youths pulling down the gate of the house said to have belonged to Osuji. There was smoke coming from the main building, indicating that the house was on fire.

The suspect Osuji had reported fled before the arrival of irate youths in the community.

Meanwhile, the community has demanded justice for Amarachi Iwunze. 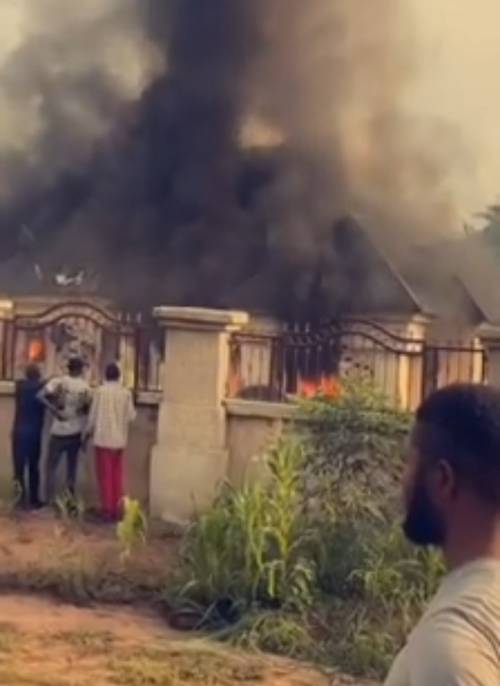 According to Maduabuchi, the little girl was found dead by the suspect’s mother after the alleged rape.

It was the woman who raised the alarm, the statement said.

“The ugly news came late hours of yesterday, when the mother of the suspect unlocked a room and found the dead body of little Amarachi lying lifeless. On raising alarm, it was discovered that Ifeanyi Osuji, her son is the suspect and the killer.

“When Ifeanyi Osuji found out that people were now aware of his ugly act, he took to his heels to an unknown destination; till this very moment, he is wanted.

“All we are seeking is justice for little Amarachi.”

When News Direct contacted the Imo State Police Public Relations Officer, Mr Mike Abattam on the telephone, he said, “I have received calls about the incident. But presently I am not aware.”

‘It’s Your Turn To Be President’ – One Of The Judases Of June 12 Who Betrayed MKO Abiola, Kingibe Tells Tinubu In Yoruba