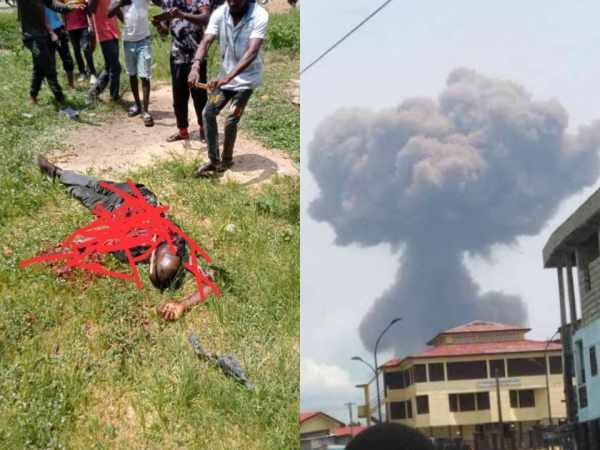 According to Vanguard, a suspected suicide bomber detonated explosives in Ebonyi on Tuesday.

According to witnesses in the area, the attack happened around 12:00 p.m. near a primary school in Afikpo community, Afikpo North Local Government Area.

“He attempted to enter Amaizu/ Amangballa Primary School, but was turned away by school security since he could not justify his presence. “He quickly began rushing inside an adjacent bush before a loud bang was heard,” a witness told Vanguard.

The bomber was claimed to be the only person killed in the incident, but the situation was still too chaotic to establish if there were any additional victims.

An attempt to reach an Ebonyi police official for comment was unsuccessful.

The incident comes as Nigerian troops hunt down suspected IPOB members in Ebonyi and other parts of the country’s south-east, where separatist agitations have grown in recent weeks.

Since last month, several police stations and election commission offices have been destroyed across the region, prompting the police to issue an alert to employees advising them to avoid needless movements across the impacted areas.