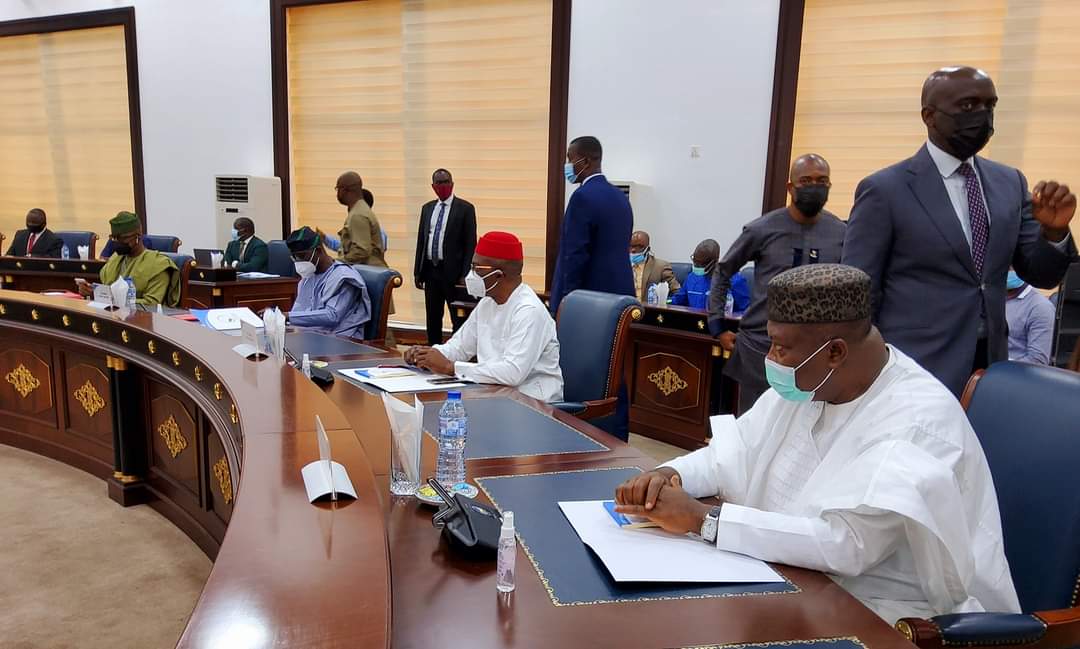 The governors in 17 states of the southern part of the country have demanded that President Buhari address the nation on the challenges of insecurity and restore the confidence of the people.

The forum, in a 12 point communique read by it’s chairman, Oluwarotimi Akeredolu of Ondo State stated at the end of it four hours meeting held in Asaba, the Delta State capital made the announcement.

He said, “Southern Governors expressed very grave concern on the security challenges currently plaguing the nation and strongly urged that Mr. President should address Nigerians on the challenges of insecurity and restore the confidence of our people.

“We observed that the incursion of armed herders, criminals, and bandits into the Southern part of the country has presented a severe security challenge such that citizens are not able to live their normal lives including pursuing various productive activities leading to a threat to food supply and general security.

“Consequently, the meeting resolved that open grazing of cattle be banned across Southern Nigeria.

“Agreed that the progress of the nation requires that urgent and bold steps be taken to restructure the Nigerian Federation leading to the evolution of state police, review of revenue allocation formula in favour of the sub-national governments and creation of other institutions which legitimately advance our commitment to and practice of true federalism.

“In view of widespread agitations among our various peoples for greater inclusiveness in existing governance arrangements, the Federal Government should convoke a national dialogue as a matter of urgency.”

Also, they expressed displeasure on the economic implications of another lockdown in the country and therefore suggested greater coordination and cooperation between federal and state governments.