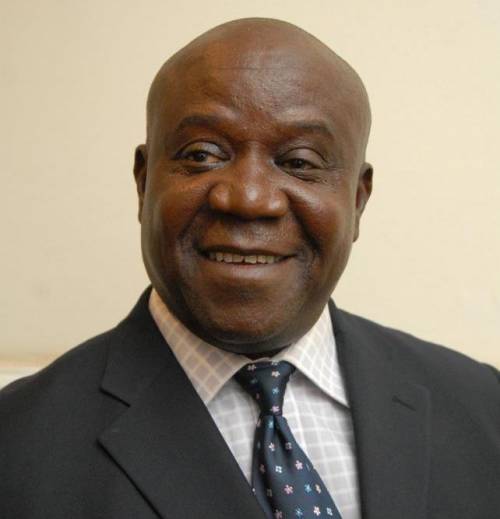 A former commissioner for education in Kogi State, Oluwayomi David Atte, has revealed that the Department of State Services (DSS) invited him over his recent comment on the visit of
Islamic scholar, Sheikh Ahmad Gumi, to Okun land.

According to him, the secret police asked him to show up at its office in Lokoja, the state capital, on Tuesday.

Atte said his decision to inform the public about the invitation was to keep people abreast of happenings, given the DSS’s record of hounding those with views that oppose the President Muhammadu-led administration.

Buttressing his point, the ex-commissioner recalled the experience of Obadiah Mailafia, a former deputy governor of the Central Bank of Nigeria (CBN), who died not long after his encounter with the DSS.

Atte wondered why the DSS did not invite Gumi, who has been holding meetings with armed bandits and foreign Fulanis in various states across the country.

The former commissioner said the secret police and other security agencies ought to have dissipated similar energy they are using to invite him to deal with issues raised and tackle the insecurity in Okun land.

Atte recounted that in the past few years, Fulani people from foreign countries have taken over several communities in the state, killing people and displacing several others.

The former commissioner said his comment on Gumi’s visit to meet with foreign Fulani in the state was based on grapevine sources.

He said: “I have been invited to the DSS State office in Lokoja slated for Tuesday, 7th December 2021 at 10 am

“The DSS has not formally accused or charged me for anything. The issue of my statements about Gumi’s visit to Okunland and our insistence that we need to rise and defend ourselves came from the grapevine.

“I made the decision to inform Okun people and relevant stakeholders of the invitation by the DSS as a precautionary measure. The nation is not as it used to be, and organs of government in Nigeria tend to show more loyalty to regimes than to the Constitution and the People.

“They have shown over and over that the survival of a regime is paramount to them, hence, the lives and welfare of citizens of Nigeria have become secondary. So anybody, perceived to even just think differently from the powers they serve, can be wasted or destroyed in the line of duty of security forces. Fresh in my memory is the hounding of my personal friend, the late Obadiah Mailafia, by security agents, soon after which he died.

“Could this happen to me? Possibly, but not necessarily. With Nigeria’s security agencies, one can no longer be sure.
So I decided to let stakeholders know, just to be aware that they asked me to come.

“Since I have not been charged or accused, please let us keep calm and hear what they say. It has to concern what Okun People say about their safety and welfare, which I echo.

“Okun People have lived peacefully with Fulanis for generations. In the last six years, an influx of foreign Fulani into Okunland has taken place with disastrous consequences for our People. We watched with bated breath as they swept through Adamawa, Taraba, Plateau, Benue, Kaduna, leaving behind a trail of bloodshed, massacres, destruction of farms, properties and communities. It is in public view that no concerted effort to stop them was made by the government.

“Then they came into Kogi and Southern Nigeria causing unprecedented insecurity. In Okun land, many areas have been occupied illegally by foreign Fulani, (foreign to us and Nigeria. We encountered them in Okun land and they confessed to coming from Mali in one instance). They have settled on our land, without our permission. From there they kill our people, machete them on their farms, destroy their crops, kidnap them and make us pay a ransom.

“Our land is unsafe to move about. Chief Osadumo is dead, kidnapped from a church. Hon. Serebe was shot dead by Fulanis on the farm, a vigilante officer was shot and killed near Okedayo. Our Commissioner Omofaiye was shot and Fulanis kidnapped people in Ikoyi last week. The last three regained freedom three days ago after ransom was paid for them.

“Last Thursday, Elder Ologun was shot dead in Mopa. Widows and farmers have been driven from the farms in Okun land by Fulanis. These are just a few samples. Our very peaceful life in Okun land has been disrupted. On top of all these, Sheikh Gumi came on a solidarity visit to the Fulani people in Okun land who are illegal occupiers of our land. He did not visit our key traditional rulers. Who can do that in the North? It was a slap on our face and a declaration that they can do what they want on our land.

“Now the numerous statements of Gumi about bandits, his clear sentiments of support for bandits, visiting them in their secret camps and taking photographs with them, heavily armed, are all in the public domain for Nigerians to see. And the government gives him free rein. Which community in Nigeria hears that Gumi is coming to visit Fulani (or bandits?) in their area that will not be alarmed?”

The former commissioner said if opportuned during his visit to the DSS office, he would ask probing questions about his invitation and the secret police’s seeming support of Gumi.

He added: “Which is of more concern to them, the suffering, killing, kidnapping and destruction of Okun people’s means of livelihood or their discomfort that we complained of being unprotected by the government we elected?

“Is the protection of Gumi’s image more important to the government than the safety of Okun People?

“In all the deaths, injuries, kidnappings, etc. inflicted on Okun People in the last 6 years, where were the Police and DSS to help rescue and defend our People?

“Will the security agencies in the State and each local government area say they do not know where the killer and kidnapping Fulanis are? Have they sought information from the communities and have they acted on such information to thwart killings, kidnappings or even rescued the kidnapped in Okun land?
Answers to these questions will shed light on the priorities of our security agencies who are charged with protecting us.”

Dr. Hafsat Oduwole-Balewa Teams Up With Seyi Tinubu To Campaign For Asiwaju