Contrary to news reports, Nigeria’s Vice-President, Yemi Osinbajo, was not involved in an auto crash.

Reports had emerged on social media that Osinbajo’s convoy was involved in a crash along airport road Abuja.

But his spokesman, Laolu Akande, said the VP only stopped at the scene of the incident to lend assistance to a citizen who was involved in an auto crash.

Akande wrote, ”On his way to the airport this morning, VP came across a road traffic accident, stopped to lend assistance, & ensured the victim was taken to the hospital with VP’s convoy ambulance.

VP’s security and medical teams assisted in removing the victim from the crushed vehicle resulting from a somersault and transported the patient to the Airforce base hospital.

It was a solo accident. 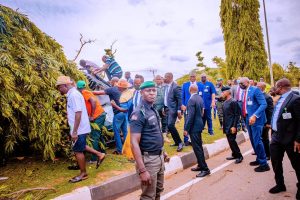 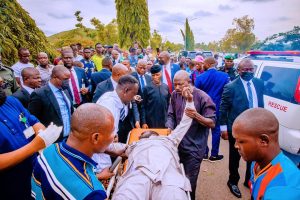 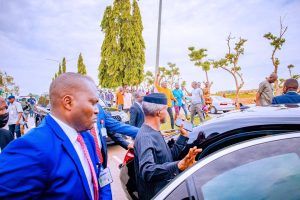 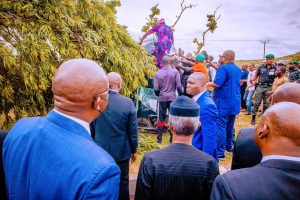